This time, I’m the one saying “Farewell to Nova Scotia”

Why my fiancee and I are leaving Halifax for Ottawa. 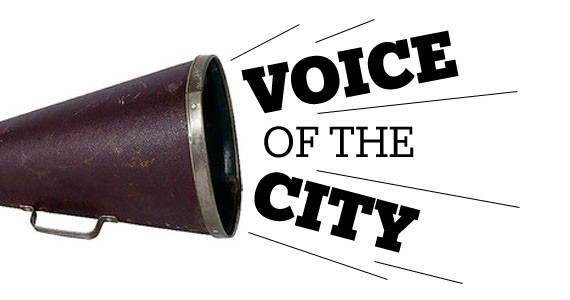 When I wrote "Saying Farewell to Nova Scotia" last December, I didn't think it was going to be us. And yet---my fiancee and I are moving to Ottawa on June 1.

For posterity's sake, I am going to outline how we got here. We are a two-career household---mine fluid and hers specialized. Being fulfilled in our professional lives is a big factor in any decision we make. We are stability- and "make the world a little better"-oriented over pure money, but in the short-term, with a negative net worth, money matters too.

My fiancee is a pharmacist. To further her career she has applied for hospital residencies, and this fall we evaluated the opportunities and the cities we would potentially live in. Halifax, true to form, had higher tuition and lower pay than most places. Despite this, it was still our priority, but Ottawa made the offer. Our options became: Make Halifax our home base with a year apart, or move together now.

While my career prospects in Halifax are solid, hers, post-residency, weren't as certain. Recent residents ended up casually working, covering a parental leave or working in a commuter hospital. Ottawa offered better prospects---and a higher wage that offsets uncertainty. Stability and wages both have value (often offsetting one another), but so many in Halifax are surviving without either.

We looked at taxes. Our combined wages would've resulted in $5,400 less income tax paid in Ontario than in Nova Scotia. This would be mostly offset in the short-term by graduate retention rebates in Nova Scotia, but soon the tax situation returns to normal, and gets comparatively worse as you get more successful.

We studied housing. As renters, while average rents are four percent higher in Ottawa, downtown-to-downtown they're three percent lower. This, coupled with higher wages and a lower tax burden, means we can reduce our housing burden, and put the savings towards student debt, travel, family support and a nest egg.

We looked at transportation. The cycle network in Ottawa is already installed. Transit is $30/month more expensive than Halifax for two passes, but is infinitely more centrally convenient. I think we can avoid a car for longer there than here.

We looked at quality of life and the intangibles of each city. We trade the ocean and The Oval for kayaking and skating on a canal. We trade Keji for lake swimming on cottage weekends. I'll miss the breadth of the craft brew scene and the cozy arts festivals, but it's easy to find fun things to do if you're open to adaptation. Plus, we can fly in for ECMA or Pop Explosion and get a fix. Lots do.

Finally, there's the vague "people" factor here, but having hitchhiked across Canada in my early 20s, I found great people in a lot of places. Plus, with so many of our out-migrants in other cities, it's easy to find culture that feels like home---and as a result, occasionally garlic fingers. It's great that you can find two solid career paths before you're 35 there too.

I don't think there's a takeaway from two people leaving, but as someone who's studied this problem and then went through the process of evaluating cities, there weren't a lot of "on paper" reasons to choose Halifax. It became clear that while we might survive here, it's a lot more likely we'll thrive elsewhere.

This week, the executive committee at HRM endorsed "Be bold" as a slogan for this city. I think it is the right sentiment, but it's the execution that matters. A bold Halifax is the only solution to retaining the generation that is out-migrating quickly in this province. And as we invest hugely in things like responsive (rather than preventative, or determinant) health care, huge road projects and in industries that can't compete on their own---investments which heavily skew towards older demographics---perhaps bold means urgently addressing the issues of those who are most likely to leave.

Post-Explosion, Halifax had another slogan: "We shall never rebuild Halifax unless everybody works." Nearly 100 years later, the need for everybody to have the opportunity to thrive is still at the core of this city's future. This is a fantastic city if you have a great job---so make that the goal again for every person that isn't there yet.

A bold Halifax who does that will be the city that everybody will fight over trying to get to. We'll be the first in line. 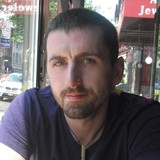 David Fleming is an economist, business association leader, cyclist and urbanist. He blogs infrequently at dfleming.ca and tweets @dflemingca.