Movie series loses its home as Empire 6 closes its doors. 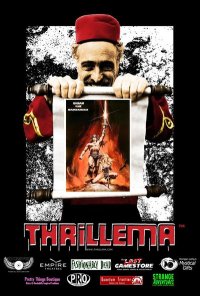 Last night, the Empire 6 theatre in Dartmouth went out with a bang and a crank. Destined to become the new Woodlawn branch of the library, Thursday night was the last screening for the theatre. Although we're never going to argue with libraries, it's sad to see smaller theatres close their doors.

Hosted by local film fanatics, Jason Eisener, Stephen Cooke, Zach Tovey, John Davies, Rob Cotterill and our own Mark Palermo, the group brought 35mm prints of cult films to Dartmouth, packing the theatre for Gremlins, Conan the Barbarian, the original My Bloody Valentine and more. Perhaps appropriately, the last screening at the theatre was Crank 2—not a Thrillema event, but endorsed by Thrillema and Eisener who has seen the movie three times. In an email on Facebook he says, "Ive seen it 3 times and cant wait to see it again. The guys who made Crank 2 must have found a nintendo game genie for movies and stuck it on the camera when they shot this baby, cause it unlocks all the movie secrets."