September 07, 2014
My alarm goes off way too early for a heat-exhausted Saturday. I know I want to see Men, Women & Children because it’s the new Jason Reitman, but I don’t know anything else. (I made a list of 37 movies I wanted to see before I left, based on directors, actors, Halifax availability and This Could Be Good.) I see this cast list: Jennifer Garner. Judy Greer. Rosemarie DeWitt. Goddammit. It’s packed when I get in there—the air-conditioning is blazing though!—and soon there will be many walkouts. (I have walked out of three movies in my entire life: Beavis and Butthead Do America, There’s Something About Mary and Haute Tension. Ya gurl is into committment.) Reitman’s Labor Day was a bad bounce of a melodrama, especially on the heels of the terrific Young Adult, and while it clearly hasn’t had an effect on his career, people seem to have no urge to protect him as an artist, neither defending him as they do when Wes Anderson or JJ Abrams underperforms, nor holding back on the bile, shitting all over it.

A sprawling look at Life on the Internet, the film follows a handful of families in which the teens (among them Ansel Elfort and Kaitlyn Dever) are somehow still ok despite their dipshit parents. DeWitt is married to Adam Sandler (in one of his Spanglish-y performances) and secretly online dating. Greer is the momager of a sexy teen who has a paysite for men. Garner, who is thrown under the virtual bus, is a complete psycho who checks the internet histories and texts of her daughter with the pinched face and sweater-set combos the actor needs to watch out for nowadays. Typing onscreen has never looked good, but Reitman finds fun ways to superimpose text windows and the like so that stuff isn’t such dead screen space. The biggest qualms from its detractors is that it doesn’t seem like the filmmakers use the internet at all; under that umbrella for me is that technology always, always ages badly, so this film was never going to have much staying power. I liked it, but I am in the minority, and with different actors I might not’ve. 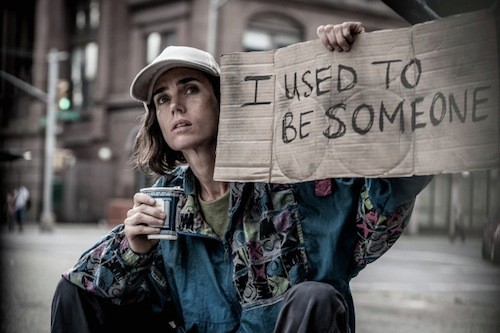 Fresh off that laughfest and straight into Shelter, the directorial debut of Paul Bettany, who smartly casts his wife Jennifer Connelly as a heroin addict scraping together a life in the New York winter with fellow street person Anthony Mackie. Connelly is a victim of the Best Supporting Actress Oscar curse, stuck in studio crap like He’s Just Not That Into You and Winter’s Tale, playing Russell Crowe’s wife in Noah, that sort of thing; she is such a fierce, vibrant performer with a face like a laser beam. In Shelter she is scarily thin, skin stretched over tiny matchstick bones, but you never worry about her, even when horrible things are happening to her, even when Mackie goes down with pneumonia and she’s got to fend for both of them. Actors make some of my favourite movies—even when the tech knowledge isn’t there, or a clear vision, they care about and protect the performances the most, which is the most important part for me too.

I stand in a crazy line for Nightcrawler—the line protocol at the Scotiabank gives me a panic attack but I always get in so I guess it’s fine—which is a terrific, terrifying LA noir thriller starring Jake Gyllenhaal’s giant eyes as a crazy person who gathers freelance news footage for local broadcast. (Cute.) His boss is played by Rene Russo (fuck yeah!) in a Network-style Busy Businesslady Who Does Business performance. It’s kinetic and funny and scarily violent when it needs to be. The whole thing puts me on edge. It’s playing at the Atlantic Film Festival, buy your tickets now. 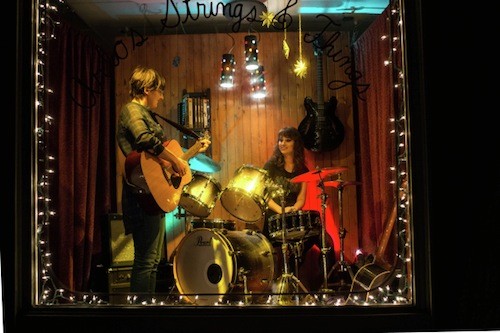 Finally some pretty levity, thanks to home—TIFF marks the world premiere of Heartbeat, the locally shot film starring Tanya Davis and directed by Andrea Dorfman about a young woman stuck in an office job trying to find her way back to art. I skipped the presser so I can attend the movie’s first public screening, where I see hometown buddies Davis, Dorfman, Stewart Legere, Bill Niven, Jay Dahl< Mark Tetreault and Stephanie Clattenburg, who turns in the film’s best performance as Davis’ love interest. Shot by Xavier Dolan’s longtime collaborator Stephanie Weber-Biron—who is at the screening, seven months pregnant and crying—Heartbeat has already been called “a love letter to Halifax” by Toronto press, and that’s the truth, featuring loving shots of Citadel Hill and swirling leaves in the streets. Heartbeat’s three Atlantic Film Festival screenings are long sold out, but a theatrical release is coming in November.

I go the afterparty at the Rivoli, realize I can talk to everyone there at home next week, and bail.