Timely tales in An Enemy of the People 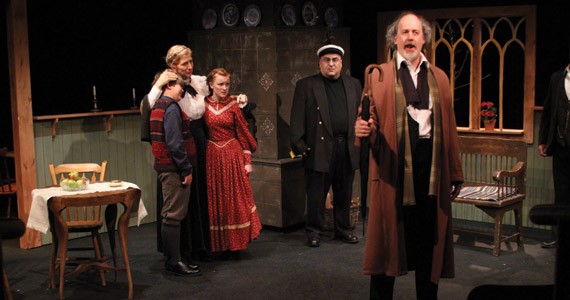 It seems very appropriate that Theatre Arts Guild is staging An Enemy of the People, Ibsen's tirade against the dangers of the conservative majority, during election time. The play centres on Dr. Thomas Stockmann (Michael Chandler, who does a memorable turn as the idealistic firebrand), a man who has put a small Norwegian town on the map by setting up a healing-waters spa. Unfortunately, when he discovers the waters are polluted the town council (including Stockmann's hypocritical brother, whose dark deviousness is brought to life by actor Rob McIntyre) refuses to close it down. The first act is rather wordy and perhaps overly didactic, but the crowd scenes really enliven the second act. With themes that include environmentalism and majority verses individual rights, this play is as timely today as it was in 1882 when it was written.