The one-man Coyote pack is back after a long hiatus. We find out why the long-haired surfing songwriter waited so long for this wave. 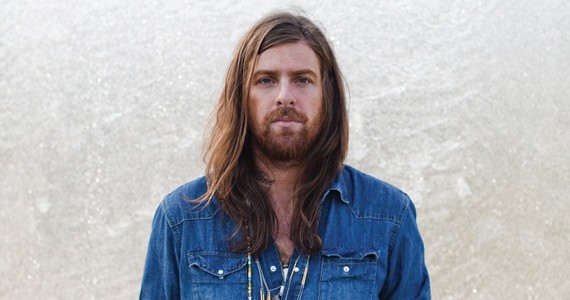 It's been four long years since the elusive William Matthew Mays III (or Matt Mays, as he's better known) submerged into the dark and mysterious abyss that is album-writing, after his last record, Terminal Romance. But, after a couple broken guitars, hours of self-critique, and much, much ado, he's finally ready to come back up for air.

On September 4, Mays' hiatus will come to an end with the release of his long-awaited album, Coyote. "I feel like it's done. It's the way I've envisioned it since I first picked up my guitar after my last album," says Mays. "It's there."

And for those in waiting, it's about time.

The last time I spoke with Mays, he was engaged to be married, had an apartment in New York, and was on the cusp of releasing his newest record, Shangrilawesome. Fast-forward 10 months, however, and we find out a few things have changed.

The 33-year-old singer-songwriter is now single, has moved home to Dartmouth and taken a different route with his new album. But, despite the name change and major lifestyle alterations, Mays insists the album is going to sound just as awesome (surfy, druggy and psychedelic) as it was always intended to.

"The record just grew away from the previous name," he says. "I had the same working title for four years, so it was adding some newness to it before the release. It was a breath of fresh air."

Another last-minute modification to Coyote? Its first single, "Take it on Faith," which Mays says was written and recorded in an eight-hour span---almost a record-breaker for him. "It's a good lesson in music---you spend four years on an album, and then you spend eight hours on one tune and it's the single."

The hit has been receiving rave reviews ever since it premiered on Q104 June 25, and even got Mays all "misty-eyed" after he read his friends' positive feedback on Facebook. "It means a lot that you're in my corner," he posted.

But, just as when any artist decides to take different creative liberties with something new, critics have begun to mark up his new single with ranting opinions and labels. Some think the song sounds overproduced.

Mays is OK if people don't dig it. But, he asks, "What the fuck is overproduced?"

Mays says he's just happy to get paid do what he loves.

And whether it boasts easy-breezy feel-goodness or laments the yearnings of unrequited love, Coyote is certainly a special breed. The new album offers up a sound that was born from two coastlines, five countries and is the love child of everywhere Mays has called home during his hiatus.

But take it from the vagabond himself: "If the album was a city it would be Halifax and San Francisco and Laguna Beach and New York all in one---actually, say Dartmouth instead of Halifax, would ya?" he says, laughing.

Mays says this time off wasn't just about surfing and travelling and getting 12 songs together either; it was time, he says, to get in the frame of mind he needed to be in to carry him through the years ahead.

And if you're wondering what happened to El Torpedo, the band was really just worn down from the music scene and decided to go their separate ways. "We were touring like crazy and a couple of the guys wanted to just settle down. I was super burnt-out and felt like we kind hit the end of the road," he says. "It was amicable."

But he's ready to be reunited with the stage, and his new band is wired to join him. "The show has improved so much since the last tour," he says. "I got a great band. They're all my best buds, y'know? So, I'm really excited to showcase it."

Aside from making music and playing for eager fans again, Mays has a few other things to look forward to. The alt-rocker has business plans for a bar/coffee shop hybrid he wants to open up in Dartmouth once he's launched, toured and landed this album, and also has an idea for a "really obvious" musical instrument he wants to invent down the road.

And while juggling these projects, he's also been dedicating a huge chunk of time to something in the music industry he's never really delved into before: producing.

Mays plans on producing Charlottetown-based rock band The Meds (who he discovered while serendipitously stumbling upon their demo CD a few years ago in his car when he was living in California), and has a couple other Maritime locals penciled in to his producing-agenda.

The Meds, whose record Matt predicts will be more successful than his, will be releasing their debut album early this fall, right alongside Coyote.

As for his own album release plans? "Ah, I was planning on jumping out of a cake with a sax," he says.

A cross-Canada tour will begin in October, when Mays and his new band will play for some 25 Canadian cities, followed by US and European tours in the new year.

Fans can be at ease knowing Coyote won't be his last album---he has written enough for several records---but that's not to say he won't dip out for another four years at some point. "I feel like my gang knows that any time I take off is for the benefit of the music," he says. "It's not for anything else."

Hillary Windsor is a recent journalism grad. When she's not writing about music, fashion or nature, you can find her eating pizza in her parents' basement or theorizing about the possibility of alien life.