The Toronto indie-rock quartet nearly threw in the towel, then made its loosest, hookiest album yet. 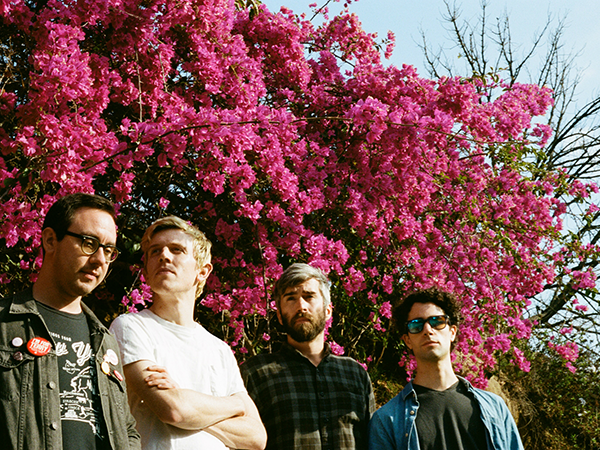 Greg Alsop knows what burnout feels like. By 2016, he'd been doing the same job for years. He was sick of repetition, tired from overworking and unsure whether the path he was on was really right for the long haul.

Alsop's isn't a story of cubicle monotony: He drums in Tokyo Police Club, an infamous fixture of 2000s Canadian indie rock that you've probably heard of and maybe even love (if you don't, you probably know someone who does). For a time, the band was something of a machine: It toured endlessly, won Junos, played the late-night TV circuit, found itself on larger and larger stages. Alsop and his bandmates—originally a group of four guys barely into their 20s—couldn't help but feel like they were onto something big.

They wanted to be known around the world, to sell out arenas, to top the charts. So the plan seemed clear: Record, tour, repeat. It was a recipe for moderate success, sure, but Alsop says the band didn't anticipate the exhaustion that would come with it.

"We'd been doing the band for 10 years total, and you don't question a lot of things at first," he says. "Things kind of become ingrained—the practice of the business, the practice of the band, your relationships with each other—and you never really stop and take the time to question it or talk about it...

"We were all just kind of tired of doing the same thing over 10 years, and we were looking at stopping it as the only option. It's broken, so let's quit."

When I reach Alsop over the phone he's at home on Prince Edward Island, where he and his wife recently bought a house and are raising an infant. Alsop talks about enjoying the weather, the natural beauty, the slowness of life—in other words, living a different life than the one he lived when his band first exploded into the national spotlight.

But the group isn't done quite yet. Alsop and the band are getting ready to hit the road again—including a stop at the Marquee on Saturday—in support of the Tokyo Police Club LP that almost never happened.

That album, last year's TPC, emerged from a period of creative and interpersonal reckoning. Alsop wasn't alone in his burnout—by 2016, guitarist Josh Hook and keyboardist Graham Wright were also feeling ready to throw in the towel. But Dave Monks, the band's singer and ostensible frontperson, wasn't ready to let go. He convinced his bandmates to regroup and see what could happen if they renegotiated their aspirations. Maybe, Monks thought, the goal could simply be to keep going.

"I mean, when the goal before was like 'Try to get a number-one song on the radio'—how do you do that? I have no idea how to do that," says Alsop. "When you just get rid of that goal entirely and just worry about if this music is making us happy right now, then it's so much nicer to make music together."

As a result, TPC sounds looser than anything the band's recorded before—you can hear both its tribulations and the fun found in the process. There's a self-aware lightness to these new songs: Songs about being frustrated, fucking up, regretting it and finding a way to keep going.