Fouhse's Live Through This exhibit shows the struggle and despair of addiction through portrait photography. 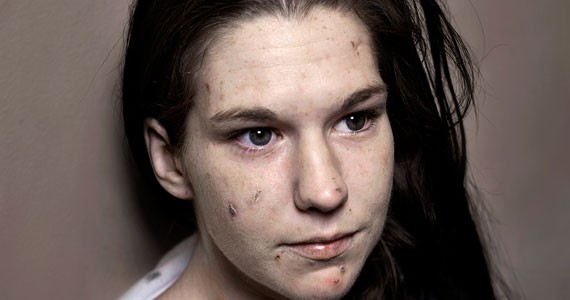 What does it take to turn your life around? Tony Fouhse's Live Through This is myriad photography and documentary. This tale of redemption shows the struggle and despair of addiction through the eyes of Stephanie MacDonald. Fouhse uses portrait photography to show the destruction of MacDonald's disease on her body. In "Steph in her room, Ottawa 2010," MacDonald's portrait shows the scars on her neck and face from using heroin. The narrative quickly moves into exploration of the budding friendship between Fouhse and MacDonald. Fouhse wisely moves away from the role of impartial observer to a character in the story. MacDonald frequently writes to Fouhse about her struggles. His portraits of her during a serious infection are raw and exposing. Fortunately, there is a road to recovery. The latter portraits in the show reveal a healthier MacDonald. In a letter from March 2011 she writes, "It almost feels like it is my family cause I feel the support from you guys."