From artsy Nocturne to celebrating natural curls to Halifax Pop Explosion's kickoff, this weekend is rockin'! 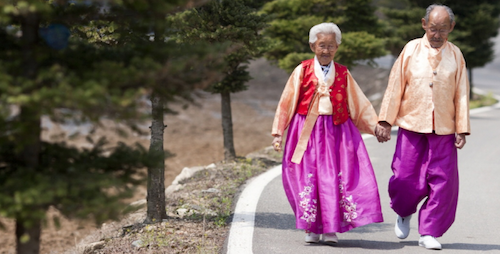 Screenshot from Carbon Arc's website
My Love Don't Cross That River pulls the heartstrings at a Carbon Arc screening (see 5).

10
Maud Lewis-The Heart on the Door Book Launch
October 14 and 15, 6-9pm
Author Lance Woolaver reads from his book on the Nova Scotian folk art icon at Wicker's Gallery, in time for Nocturne's artsy takeover of town! Learn more about our (arguably) best-known painter and feel a little wistful for rural views.

8
Maritimes Natural Hair and Beauty Show Sunday, October 16, 1-5pm.
"Be your own kind of beYOUtiful," advises the website for this expo held at Pier 21, which highlights services, products and how-tos for natural hair. Called a "face-to-face resource network where people can get answers to their hair questions from people in their community," you can kiss bad hair days goodbye!

7
The Naked Ballerina
October 15-16, 7:30pm
Award-winning Canadian ballerina Sarah Murphy-Dyson brings this story of passion, love and pain from Toronto to the Halifax stage. A one-women show, it centres around the price an artist pays for creativity, pirouetting big questions about art for the audience to digest.

6
The Sorrys Live Album Recording at Gus'
Friday, October 14, 10pm
The Sorrys aren't apologizing for their brand of retro-tinged sound, and to prove it they're doing what they believe to be a Hali first: Recording a live record at Gus' Pub. Come witness a bit of toe-tapping, local music history in the making (er, in the recording?). 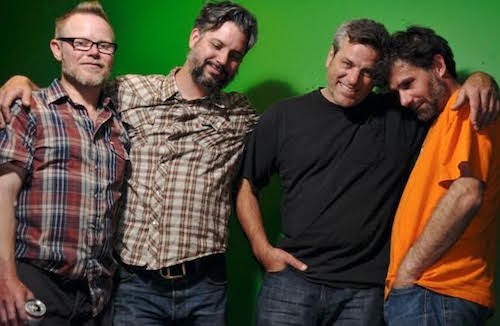 5
My Love Don't Cross That River
Friday, October 14, 7pm
Called the largest independent film in South Korea's history, this documentary appeals to your inner romantic, telling the story of a couple married for 76 years. Filmed over 15 months in Byong-man Jo and Gye-Yeul Kang's home, a love story is captured through intimate shots—like them falling asleep while holding hands. Screening at Carbon Arc Cinema.

4
The Rimers of Eldrich
October 11-14, 7:30pm, Oct 15, 2pm
Watch the American Dream turn into a nightmare as a small midwest town's economy falls apart. Dusty, vacant Main Street is almost unrecognizable to the remaining townspeople who dream of their escape. Will they find a way out or will they rust away like the place surrounding them? Find out at the Dal Arts Centre!

3
The Thundermaker
To November 1
First Nations artist, activist and musician Alan Syliboy presents this collection of works, inspired by indigenous Mi'kmaq petroglyph tradition (rock drawings). Creating his own artistic vocabulary for the forms, Syliboy leaves the viewer a meditation on his culture and how it informs his creative process. On display at the Anna Leonowens Gallery.

1
Nocturne 2016
Saturday, October 15, 6pm-12am
Watch Halifax turn from coastal city into open-air art gallery as Nocturne unleashes a new flood of installations at this annual after-dark festival. Highlights of this year's edition include Argyle Fine Art dressing up like the set of Friends and a murder mystery circus performance at Studio In Essence.