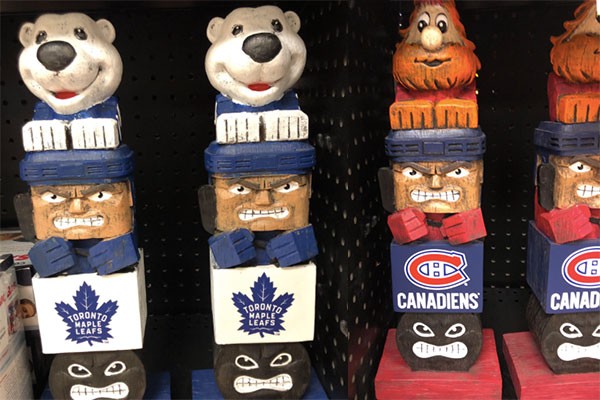 In 2017, I wrote a poem called “What Good Canadians Do” for the Canada 150 events that were held on the Halifax Common. It was a part of my official duties as the city’s poet laureate. I was tasked with writing something celebratory about a country that was built on the removal and eradication of my ancestors. So instead of writing about hockey, being polite, Tim Hortons and winter, I decided to hold a mirror up to the audience.

I stepped on stage that evening and began my poem with “Are you a good Canadian?” to which the crowd responded with a great cheer. I went on to talk about how Canadians love to explore the mountains, the prairies, and ocean, all the while being a supportive community to the people who live in this country. They roared louder with each line. That is until this one: “You would never use words like , red- skin or Indian. Of course not, because you are a good Canadian.” Don’t get me wrong, there was still a small cheer, though this time, it sounded . As though the momentum of cheering caught the audience off-guard and the content settled on them as they voiced their agreement.

The subsequent cheers were less robust as I began picking apart the fantasy of who Canadians think they are versus the lived reality for those of us who might not ascribe to the rhetoric of the north. See, “Canadians” are wonderful, community-oriented folks as long as you don’t challenge certain tropes. A fact that I learned quite viscerally these past few weeks when I called out an appropriative knick-knack that was associated with Canada’s most sacred pastime: Hockey.

I tweeted out a picture of an NHL themed totem pole being sold by Lawton’s Drugs, calling the piece appropriative. I came back to my phone to see an explosion of notifications including one from Lawton’s who said they were removing the item. What followed was a series of media interviews and deluge of internet trolls. I was called every dehumanizing thing you could imagine. I was called a mongrel, a freeloading Indian living off the backs of Canadian taxpayers, a crybaby, a snowflake, along with a wish list of violent undoings people were hoping would befall me. All for what? Because I dared to ask a company to stop profiting off Indigenous culture? Cultures that this country spent the better part of two centuries trying to destroy.

I’m not new to criticism. As an Indigenous activist, I’ve had to grow a thick skin. I’ve faced criticisms and backlash when I’ve spoken up about the killings of Tina Fontaine or Colten Boushie by “well-meaning” Canadians who are compelled to share their perspectives on how those two could have somehow prevented their deaths if only they hadn’t put themselves in danger. My critique of the Supreme Court’s decision on Indigenous consent for land development passed without a whisper from the . But none of my writings on Indigenous strife and white privilege resulted in violent threats of retribution quite like my comment on cultural appropriation that just happened to involve NHL imagery. My criticisms were about cultural theft, not about hockey.

If an Indigenous woman’s valid critique results in a rage so fierce that anonymous online threats feel like an appropriate response, then perhaps Canada should take a long look in the mirror and ask themselves if they are, in fact, good Canadians.