Touched by Too Many Angels will have you dying 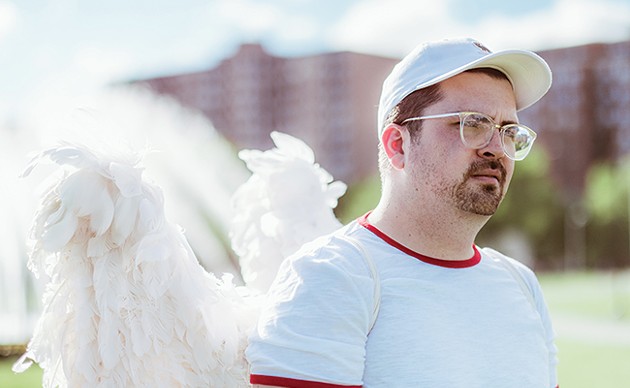 Adam Myatt has died and come back as an angel, ready to impart some wisdom onto the people. Recently featured as part of the Queer Acts Theatre Festival, Myatt is remounting Touched by Too Many Angels, a solo show that is part standup comedy, part autobiographical one-man play and part Sarah McLachlan tribute.

"I think growing up as a gay kid in a rural community was a major reason I developed a dark sense of humour," says Myatt. "With [this show] I tried to use the framework of standup comedy to talk about stuff that can be tough to discuss. I love comedy so much and I think it can be a really valuable tool of empathy."

With jokes about his Catholic upbringing, or cringe-worthy memories of school dances, Myatt's humour is gently self-deprecating, but also balanced with earnest observations about life and its hardships.

"I think I feel about comedy how many people feel about their religion," he says. "It's the way I make sense of the world. It's a show I've been thinking about for a long time." Myatt adds: "Totally bring any Sarah McLachlan fans you know."