Transphobic slurs in the classroom

A transgender teacher speaks out about the problems she's faced from students and other educators. 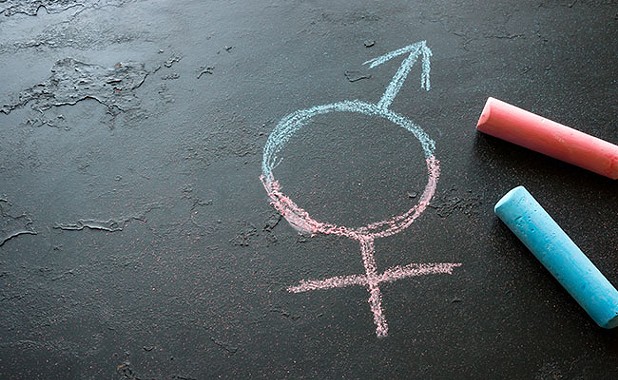 Sylvia Mayers was substituting for a class earlier this year when one of the students came up to her and called her a transphobic slur.

She thinks it was meant to disrupt the class more than cause harm, and doubts the young student knew the power of the word. It didn’t make it hurt any less.

Mayers is a substitute junior high and elementary teacher in Nova Scotia. She’s also transgender, having had her sex misidentified at birth.

The Coast is not using her real name. She doesn’t let students and other staff know she’s transgender. Not anymore.

“I just don’t want to deal with slurs being yelled at me in the classroom,” says Mayers, “and I also worry about parents, and parents’ reactions to their kids having a trans teacher because frequently there’s a very negative perception of trans women.”

Issues of transphobia and misgendering aren’t limited to her students. Mayers has also had problems with other teachers who knew she was trans. In one elementary class where she was substituting, a fellow teacher called her by male pronouns in front of the students.

“At least twice last year I had teachers who had originally gendered me correctly, slip to using male pronouns to describe me,” Mayers says. “One in front of her whole class after I came out to the school as trans.”

The misgendering may not have been intentional, but it was careless and perpetrated stereotypes. In response, Mayers sent the teacher an email, cc’ing the school’s administration.

Mayers says the administrators brought in LGBTQ+ activists The Youth Project to educate staff. They handled the situation well. Better than the teacher who misgendered her, anyway.

“Afterwards she called me to apologize, but clearly her apology showed she didn’t get it,” says Mayers. “She was like, ‘I’m a friend of lesbians, of I’m accepting!’”

Four years ago the province released new guidelines for protecting transgender and gender-nonconforming students and staff, but despite those rules, Mayers says there are still several flaws in the system.

“I’ve had a Grade 4 student basically come out as trans in my class,” she says. “He said he wanted to use a masculine name instead of a feminine name, and that he wanted male pronouns used to describe him. But according to the guidelines I have to get parental permission because he’s not in Grade 7 yet.”

The child’s parents wouldn’t give their permission for their son to use his new name.

To other teachers, Mayers suggests strongly knowing the administrative environment at your school before making a choice to let others know you’re trans. If administrators are supportive, it can be a great way for kids to have trans role model in their
lives.

“But if you’re not sure if your administrator would support you—and there are a few administrators that I wouldn’t feel safe coming out in their schools—you do what you need to do to keep safe,” cautions Mayers. “It just adds a little extra thing on top of teaching that, frequently, is just too much.”