The president may not have physically caused this past week's violent events, but his fingerprints are all over them. 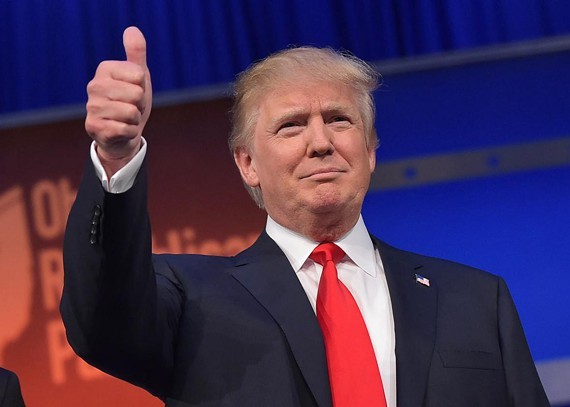 Words cannot adequately express my outrage at the attempted bombings against one of the most reliable sources of journalism in America and on this planet.

It is heartbreaking to imagine what CNN workers and their families went through as these attempted bombings unfolded. Likewise for the families of the Democratic politicians, liberal supporters and Trump critics who have experienced this heinous act of terrorism after at least 15 suspected bombs were intercepted across the United States.

The fact a news organization American president Donald Trump and his lackeys have called an enemy of the people and advocated violence against targeted is proof Trump no longer deserves to hold office.

Where are the bombs on Fox News’ doorsteps? Breitbart? The Drudge Report? WorldNetDaily?

Nowhere, because Fox News is state-run TV masquerading as journalism and an echo chamber for those who threaten to commit crimes on Trump’s behalf. And worse still, sometimes carry them out. Other right-wing media outlets are master manipulators in fake-news conspiracy theories such as the so-called false-flag b.s. peddled as the intensity and scope of the attempted bombings grew last week.

The world needs to be pointing more mirrors at these right-wing propaganda machines that feed moronic lies to a small, lunatic fringe of the far right willing to commit violence. Some of these media outlets would have us believe that nameless Democrats sent bombs to their own party members and supporters, including two former presidents, to make the Republicans look bad before the midterms.

Some of Trump’s zombies clearly have lost their minds.

Trump's words have now weaponized terror against free speech, the free press and political opponents who stand up to the insanity he has wrought upon America and the world.

Trump has reaped what he has sown, causing heartache, pain, anguish and fear by clearly encouraging such disgusting acts throughout his historically unsettling presidency. Nothing he can say now will change the anti-media, anti-opponent vitriol he spreads like so much manure fertilizing the insanity he disperses daily.

Now that one of Trump’s supporters, Cesar Sayoc Jr., 56, has been arrested as a suspect in these attempted bombings, Trump should, at the very least, be held accountable for inciting this latest act of domestic terrorism that has paralyzed America.

The Donald has turned former U.S. president Barack Obama’s ploughshares into real domestic bombs used in attempted attacks against U.S. citizens. Trump may not have physically made the alleged suspect’s bombs, but the president’s fingerprints are all over them.

When Americans need a sympathetic president, one that can help their great nation heal as these kinds of tragedies become almost daily occurrences, they only get the back half of sympathetic, smelling like something belched out of a horse’s ass.

The pace in which such polarizing whirlwinds of hatred are sweeping across America, wreaking havoc, chaos, death and despair, is startlingly scary. It is almost as if, with his fiery, hate-filled rhetoric, Trump has created and reaped the whirlwind among his followers and all of crazies, in general, whether they support him or not.

Blink and there’s another tragedy: Gregory A. Bush, 51 and white, unable to enter a predominantly Black church in Jeffersontown, Ky., last Wednesday, opens fire at a grocery store, killing a Black man in the store and a Black woman in the parking lot.

Blink again and deranged anti-Semite Robert Bowers, 46, walks into the Tree of Life synagogue in Pittsburgh, Pa., on Saturday and is alleged to have gunned down 11 innocent members of the Jewish faith celebrating Saturday Shabbat services. Six other people, including four police officers, were wounded.

As the Jewish community reels from this tragedy, Bowers has been charged with 44 federal counts, including using a high-powered AR-15-style rifle to commit mass murder and federal hate crimes, for which he could face the death penalty.

Blink again and what happens next?

Before the nation can heal from each previous attack, or even breathe, the next deadly tragedy is already knocking at its doorstep, armed to the teeth. When does it end? Who can lead the nation during this time of such immense sorrow and pain? Not this president, who struggles to find empathy even when innocent people die at the hands of cold-blooded murderers.

Maybe the synagogue should have had armed guards, and the mass murder certainly has nothing to do with U.S. gun laws, Trump as if he’s already planning his next misdirection to deflect blame from himself. And, God knows, “this ‘Bomb’ stuff” sure has hurt Republican momentum as midterm elections approach, he complains. A man who politicizes a time for much-needed mourning for his own gain is not be trusted, at home or abroad, and certainly isn’t a leader.

There are no words that can express my sincere hope everyone who has been victimized by these recent American tragedies somehow able to move beyond this, but the truth is that will never be possible for some. Murders, violence and fear often tear families apart across generations. One can only hope that God helps them eventually find peace and heal, but it will be a monumental task, one they should not bear alone.

The job of all media who have been targeted by Trump's words and these acts of terror on American soil is now clear: Every journalistic effort at their disposal should be focused on removing from office this charlatan president and his partners in these attacks against humankind and free speech.

Trump is the de facto fascist leader behind these tragedies, at the nexus of their birth and their vanguard. He should be removed from office legislatively and through criminal prosecution, for the sake of all right-thinking Americans, and for the sake of the planet, humanity and all that is decent.

His bombastic rhetoric against the media, clearly hate crimes in any normal, right-thinking society, have now turned some of his followers, and even non-followers, into his jackbooted, gun-toting, IED-building soldiers. Real ISIS soldiers surely must be laughing their asses off knowing that Trump is doing their work for them.

God bless law enforcement’s efforts in bringing them all to justice. From this alleged terrorist bomb builder to the alleged anti-Semitic mass murderer to the man who decided to kill two innocent Black people. And, more importantly, God bless any efforts to bring to justice every politician, up to and including Trump, who has fuelled this growing rage and hatred, and those responsible for the litany of other alleged crimes that have been the hallmark of this mob/mob-mentality presidency.

Lock him up. Lock them up.

Those who ensure justice prevails will be doing the world a favour. People of courage must stand up, united against the dark path Trump has lead Americans down.

Keep up the brave work CNN, Democrats, Trump critics and ordinary peace-loving Americans. You are on the side of the angels. May God protect you and yours.

Let these horrific acts make you stronger. You have important work to do.


Randy Jones is a Halifax writer who, like many others, had to leave before realizing the magnitude of his mistake and finding his way back home.