Provincial agency searches for its fourth CEO since 2013. 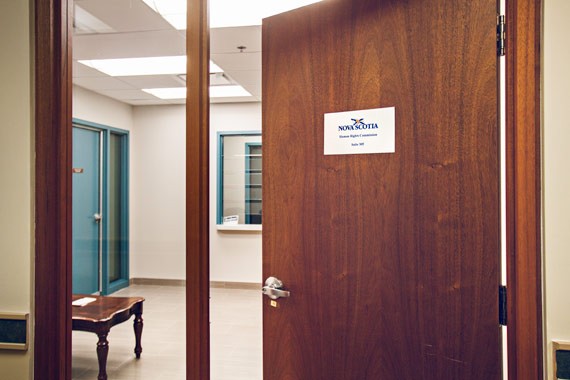 In Nova Scotia, race relations are strained, gender equality remains an issue, LGBTQIA people still face challenges and barriers, and the disabled must be vigilant so that they aren’t ignored or shafted. So having a stable, smoothly running human rights commission seems like a good idea.

In its 2015-16 statement of mandate released last April, the Nova Scotia Human Rights Commission’s public message, in part, was this: “The NSHRC is a dynamic organization which is proud of its leadership role in the protection and promotion of human rights.”

The thing is, the leaders who were proud of this “leadership role” aren’t at their senior-management or political posts anymore, due to changes at the top.

For instance, that mandate statement was authorized by Lena Metlege Diab (the government minister responsible for the Nova Scotia Human Rights Act at the time) and Tracey Williams (the former interim director and CEO of the human rights commission). They’ve both been replaced.

Diana Whalen is the new cabinet minister in charge of the human rights file, inheriting the job after a Liberal cabinet shuffle in July. The former finance minister has 10 other cabinet responsibilities, including being deputy premier and succeeding Metlege Diab as the province’s attorney general and justice minister.

Bureaucrat Michelle Higgins, a government lawyer, took over from Williams as acting CEO in July, according to Higgins’ LinkedIn. Higgins is the third director at the commission since 2013. Executive search firm Knightsbridge Robertson Surrette is currently working with the NSHRC to find the commission’s next CEO—its fourth since 2013.

Tracey Williams had assumed the post in the summer of 2013, following the departure of former chief executive officer David Shannon. He told a Halifax reporter last year he took control of a dysfunctional organization in 2012 and left it after a 17-month tenure that was marked by bureaucratic paper-pushing, “internal petty bickering” and personnel problems.

Senior staff at the commission have disputed Shannon’s candid view of his old workplace. They’ve said the agency is doing its job safeguarding the rights of Nova Scotians under human rights legislation, and it has been addressing the backlog of cases that clogged the system. However, people who have filed human-rights complaints have said it takes years to have their situations resolved.

For example, last year, a discrimination case involving the Black Educators Association and a former employee, Rachel Brothers, was put to bed after her complaint was heard and decided in her favour.

The woman, who’d been working in the association’s Kentville office, had said she was wrongfully fired in 2006 and filed a complaint in 2008. Her human rights victory came about six years later.

A Halifax Regional Police officer, Sgt. Robyn Atwell, also lodged a formal complaint with the human rights commission in 2008. The commission has finally determined her case should move on to a board of an inquiry—a quasi-judicial public hearing where witnesses testify and can be cross-examined.

Atwell, a black woman, has alleged discrimination at work based on her race and gender. The police department and Halifax city hall have asked the Nova Scotia Supreme Court for a judicial review of the authorization of a board of inquiry, in the hopes of preventing the potential hearing into her allegations from going ahead.

As for the rest of the commission’s future, its mandate statement says the agency’s goals for 2015-16 are threefold: Identify, address and work on “priority” human rights issues; “fully integrate” restorative approaches into the commission’s work; and advance dialogue and human rights practices. Presumably, internal personnel matters will come into play, too.

According to a source, not all commission employees are on board with the restorative-justice approach to resolving disputes. The backlog of complaints at the Human Rights Commission was dealt with “by pressuring complainants to accept” the restorative option, the source says. (A September 15 ruling released by the commission, involving a disabled woman who was discriminated against by campground operators, stated that this case went through the restorative process.)

Shannon has said that when he was running the commission, from January 2012 to June 2013, he “often felt that I was doing 80 percent human resource work and 20 percent human rights work. Clearly, that is an unsustainable ratio for a leader of a human rights commission to function.” He expressed other frustrations, too.

Montreal lawyer Pearl Eliadis, a human rights expert who’s written a book about Canada’s human rights commissions and served (between 1995 and 2001 as director of policy and education at Ontario’s commission, sympathizes with Shannon but said the leaders of such agencies are, by definition, administrators.

“And that’s the job,” she says in a phone interview.

For her 2014 book, Speaking Out on Human Rights: Debating Canada’s Human Rights System, Eliadis researched the evolution of contemporary human rights commissions. She said she spoke to about 60 sources across the country, including human-rights advocates and law professors.

“If you’re going in as an executive director of a commission, you should not be expecting to spend a lot of your time dealing with human rights issues,” Eliadis says. “You’ve got managers for that.”

Last year, the Chronicle Herald reported Shannon was the subject of an interim report from Nova Scotia’s ombudsman. The report alleges he “misused or mismanaged” public funds, taking issue with fees Shannon allegedly paid to a writer/researcher.

The Order of Canada recipient, who lives in Thunder Bay, Ontario, told the Herald last October that “the process is ongoing and [I] will continue to co-operate with the office of the ombudsman in an open and transparent way.”

That was then. In a recent email, Shannon said the ombudsman “has treated its final report as confidential. I respect that decision.” Being “too far removed” from the situation at the Nova Scotia Human Rights Commission, Shannon said he didn’t want to comment.

The Coast contacted the commission and requested details surrounding the aforementioned staff departures. Tina Thibeau, acting director of media relations for Communications Nova Scotia, instead replied with a general statement.

“As an employer, we must ensure all our employees are treated with respect and that all workplace policies are followed,” she says in an email.

“The questions raised involve personnel matters, so for that reason I cannot discuss specifics. I can only confirm that Mr. Hashey, Ms. Williams, and Ms. Teryl are no longer employed with the province.”