Unclear how many people have signed up for CFL season tickets

Maritime Football says 5,000 deposits have been made towards its fantasy football team, but won't say how many buyers that number represents. 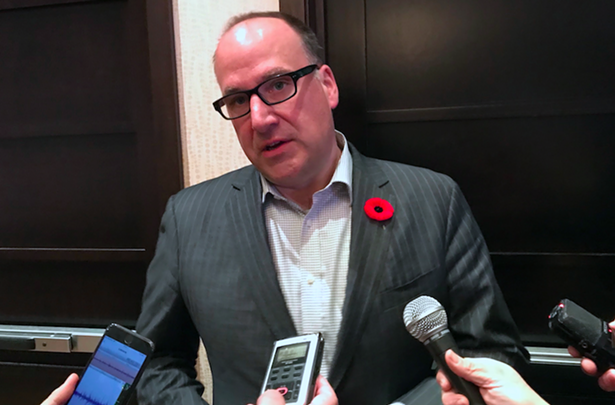 The company announced last week that 5,000 pre-sale deposits have already been made towards season tickets for Halifax’s unnamed, unconfirmed CFL expansion team, just two weeks after the ticket drive was announced.

Nick Vatour, a National PR flack hired by MFL, would not specify the number of buyers versus deposits or offer any breakdown of where in the Atlantic provinces the tickets are being ordered.

“MFL has received a broad base of support across the region from both individuals and corporate entities both large and small,” states Vatour.

Maritime Football has set a target of 12,000 season tickets deposits for the potential 24,000-seat stadium it wants to build on lands at Shannon Park. The company is hoping the down payments will prove there’s a market for a CFL franchise in Halifax, pushing along discussions for the city and province to help finance a massive new stadium project.

City hall expects to receive a detailed business analysis from Maritime Football for its stadium bid sometime in “coming weeks.” From there, HRM spokesperson Nick Ritcey says it’ll take several months for municipal staff to assess the financial case before presenting any recommendations to city council.

Ritcey says the expectation is entire proposal will be made public as part of staff’s report to .

Ticket sales info is also expected to be shared with the municipality and subject to independent verification. Ticketmaster has control of both the pre-season purchase data as well as the deposit money, which is being stored in a non-interest bearing account.

Speaking last week on SportsNet radio, CFL commissioner Randy Ambrosie boasted that the early ticket commitment comes with “no marketing.” Save, of course, the live-streamed press conference announcing the drive earlier this month.

“It’s not your grandfather’s Halifax,” said. “It’s a much more robust Halifax and you can feel it when you’re there.”

Home run! HRM says yes to $20 million for a CFL stadium in the municipality.

Are there really any Shannon Park stadium stans out there?