All types of metal loved and welcomed 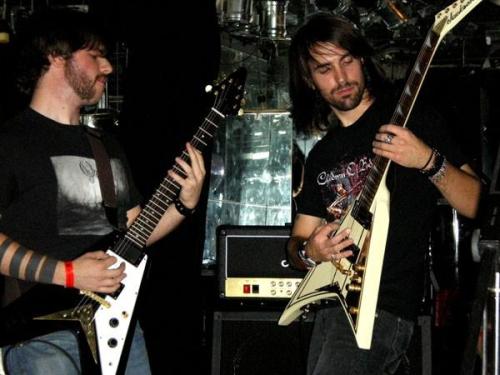 Uncooperative Death release their debut album at Gus’ Pub on May 9 (with Legions of Chaos, Big Game Hunt and The Fallen) You may remember the band’s name from their innovative movie night fundraiser to raise money for this very album. “We recorded most of the album in Liam’s (McLaughlin, drums) basement, but using some pretty high-end gear,” says Dan Cormier (guitar). “The album was mixed by Liam's brother, Greg McLaughlin (ex-Diamondback front man) and mastered by Audio Labs Studios in New Jersey.” Cormier, McLaughlin, Tristan Mailman (guitar and vocal) and Paul Sarrazin (bass and lead vocal) make up the band, who, in March, played an acoustic set at the Grawood. But another acoustic set doesn’t seem to be on the roster for Saturday. “We're influenced primarily by thrash metal, death metal, Euro metal, and punk; bands like Metallica, Children of Bodom, Lamb of God and Mastodon,” says Cormier. “Our lyrics have had a variety of influences; atheism, drug use, fistfights and break-ups. We try to write about things that affect or have affected us personally. “ One can only hope not to be too personally affected by any fistfights at the show, but that may be the price you pay for the music.