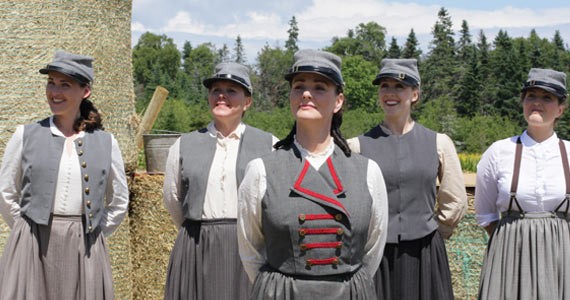 Lysistrata is unlike any other piece of theatre I've seen: It takes the powerful outdoor setting and palpable actor chemistry that Two Planks and a Passion has become known for and adds some unexpectedly adolescent humour. Aristophanes' tale of a war-ending sex strike where the women use both what's between their ears and legs to bring men to their knees and peace to the country has been transported to the American South. The Civil War-era costumes are a feast for the eyes and the southern-spiced music a treat for the ears. While the jokes may be racy, the message of the power of women to work for peace is important. This play really proves to be the perfect blend of sugar and spice. --Kate Watson