Canadian Federation of Students claims government said “there would be consequences” for critical opinion piece published in The Coast. 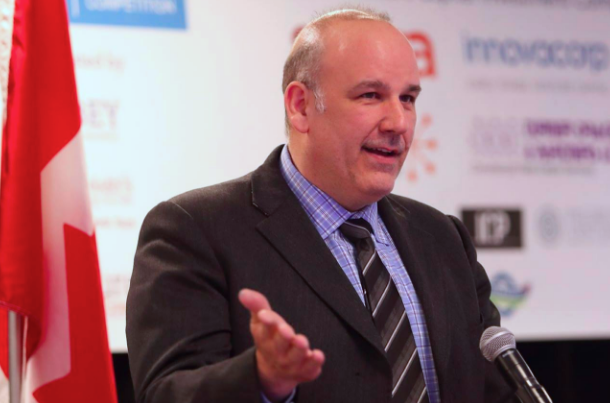 Kousoulis' sent a response to the CFS letter just before of business Monday afternoon. The relevant section is now quoted below.

The Canadian Federation of Students says the Department of Labour and Advanced Education is attempting to “silence students and survivors” because of an opinion piece first published in The Coast.

In an open letter to minister Labi Kousoulis, the Nova Scotia executive committee of the CFS says the department has cancelled meetings and refused to hear from elected student representatives ever since chair Aidan McNally wrote a Voice of the City article condemning the government's response to sexual violence on post-secondary campuses.

“We reject the premise that our differing opinion to the is justification for prohibiting us from spaces to represent our members,” reads the letter. “The decision of this government to shut students out of representative spaces due to criticism is unacceptable.”

In the days following its publication, the CFS says there were “numerous repercussions.” The department cancelled a scheduled meeting and told the executive committee that Kousoulis was “unhappy with the op-ed and that there would be consequences.”

The following day, the CFS says it was told a planned meeting with the Liberal Caucus also would not be happening. Then again last Friday, Labour and Advanced Education told the CFS that neither McNally nor any other staff would be permitted to have any further meetings until they discussed the opinion piece with deputy minister Duff Montgomery.

Kousoulis and the Liberal caucus didn't initially respond to requests for comment on the claims made by CFS. The minister later sent an emailed statement to The Coast through a communications person.

“I am deeply disappointed by the tone of their letter published in The Coast on March 15, 2018,” Kousoulis writes about the CFS. “Since their letter was published, we have reached out several times to ask CFS to meet with the deputy minister to discuss their concerns. They have responded that they are not able to meet. This invitation remains open.”

The federation is the largest organization of its kind in Canada, representing over 650,000 post-secondary students across the country. The group says it uses every channel available to advocate for survivors of sexual violence, including government presentations, policy submissions and media commentary.

For Kousoulis to cut off contact because his feelings were hurt by a strongly worded opinion piece is unacceptable, says the executive committee.

“As minister of Labour and Advanced Education, you have a responsibility to listen to the concerns of students, even when you disagree with what we are saying,” they tell Kousoulis. “Students have every reason, and every right, to be frustrated with your inaction on the issue of sexual violence on campus and make that frustration known.”

The province has directed universities to develop sexual assault policies through non-binding memos of understanding with school presidents. The MOUs also don't require any mandatory training for faculty and administration, nor the collection and reporting of sexual assaults numbers—both considered benchmark policies in other jurisdictions.

The Nova Scotia NDP and the Progressive Conservatives have repeatedly introduced bills at Province House over the past three years that would codify into law requirements for universities to develop sexual assault policies and publicly report on-campus sexual violence data. The Liberals have blocked the legislation each time.

Most recently, the government shot back at NDP critics during Question Period the day before International Women's Day by quoting from the province's “Changing the Culture of Acceptance” report on sexualized violence.

The CFS has been critical of the document since its release back in December, arguing it doesn’t go far enough in requiring accountability mechanisms. McNally, in her Voice of the City, says the province quoting from the report while blocking legislation to support survivors is “liberal hypocrisy at its finest.”

The opinion piece also directly calls out Kousoulis for prioritizing the government’s relationship with university presidents over adequate student protections.

“The contents of the op-ed are factual, based on the experiences of students and information from the public record,” says the CFS.

“We stand with survivors of sexualized violence and we will not be silenced in our advocacy.”

Twenty to 25 percent of university students are survivors of sexual assault, though the number of unreported cases is likely much higher.