Stepping down after 19 years at the helm of Upstream Music, Paul Cram says so long with Diving For Pearls. 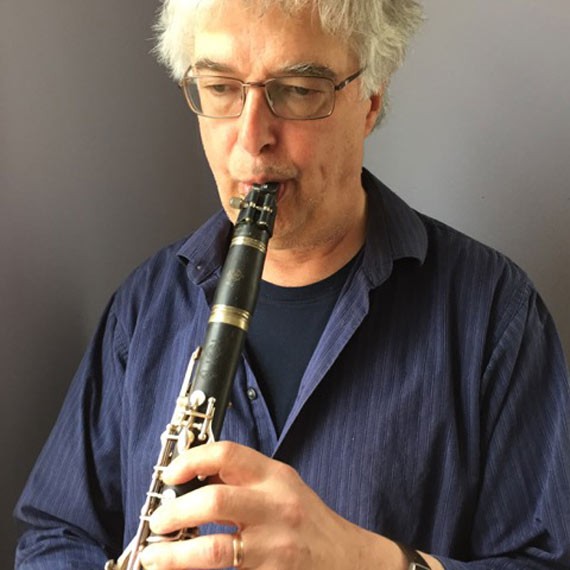 Rivers and streams can change their course with time, and after 25 years, it's time for Upstream Music to flow away from its source a little. Director and founding member Paul Cram is stepping down after 19 years at the helm of the experimental music association, and Diving For Pearls will celebrate those achievements and send Cram off in style, while putting together another one of the exploratory collaborations Upstream is known for.

Cram isn't disappearing altogether—he's giving up his administrative role, but will continue to play clarinet and tenor sax with Upstream groups, as he's done since the organization's beginning in 1990. "We're giving it to the next generation," says Cram, noting that only a couple of other members from the original group in 1990 remain. "There's a lot going on to make sure it will still fly."

Cram finds it hard to single out the best moments from his career with Upstream as he reels off a long list of highlights. He mentions a 2004 appearance at a festival in Lisbon, Portugal and 2013's Upstream performance at the famous Victoriaville electroacoustic music festival in Quebec. Cram is especially proud of Upstream's collaborations with others in the community, including Symphony Nova Scotia, and the Open Waters Festival, a January festival of experimental music that's operated in various forms since the late 1990s.

Cram will hand over the director's seat to Lukas Pearse, who has performed with Upstream for 12 years and been heavily involved with music, arts and film in the city. Pearse is optimistic that Saturday's performance will begin a collaboration with the Halifax Music Co-op. He recalls watching performances at the first Open Waters festivals as a Dalhousie music student and being excited and inspired by the kind of music Upstream was presenting; Pearse hopes to bring more of that to new generations, alongside working with educational organizations like the co-op and Dalhousie, and providing opportunities for local cross-genre performers.

The Diving For Pearls performance brings together music, words, dance and visuals from Upstream members and other artists in the community, including live video projections by Pearse, dancer Susanne Chui of Mocean Dance, R&B trumpeter Rick Waychesko, and vocals by Ann Denny and Mitchell Wiebe. "We'll have a whole evening of collaborative spontaneous events," says Cram, emphasizing how each performer will bring something different to the production. "These people have a lot of experience with playing in the moment, and that's what we're going for."