Shakespeare by the Sea busts out stellar comedy 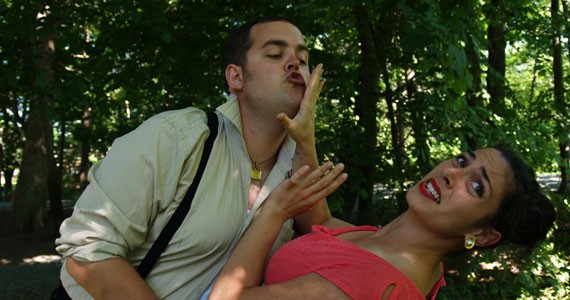 I'm always amazed when I meet someone who's never been to Shakespeare By the Sea. It seems crazy to miss out such a delightful part of a Halifax summer. And for those unfortunate people, Merry Wives of Windsor is the perfect starting point. It's SBTS at its finest: funny, clever, accessible and joyful. The plot is one of Shakespeare's convoluted mix-ups, involving the degenerate Falstaff (played by the always-hilarious Tom Gordon Smith) who hatches a plot to seduce two chaste wives (a fabulous duo made up of Kimberley Cody and Kathryn McCormack). The fine performances in this show are too many to mention, though Jeremy Hutton's shell-shocked soldier, Simon Rainville's sniveling suitor and Sébastien Labelle's fiery Frenchman are three that jump to mind. I struggled to see a unifying theme in the costuming, but no matter. This production looks, sounds and is fabulous.