Video: See how the giant jaywalking fine is missing the point 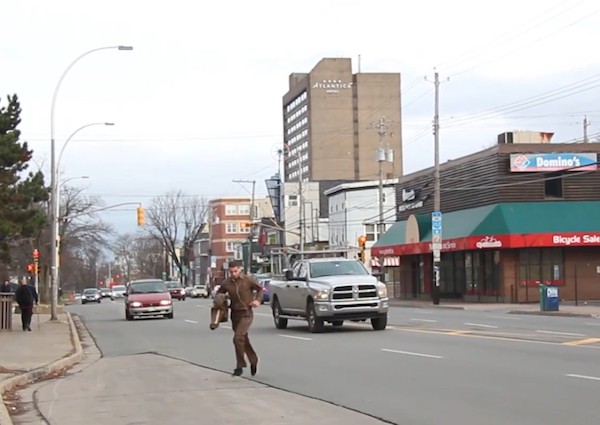 The uproar over Nova Scotia's new $697.50 jaywalking fine is sure to follow the law into 2016, when it will be officially proclaimed. But with any luck, the discussion will evolve. If we really want safer roads, it will have to.

Currently the arguments are in two camps. The main one is pedestrians vs cars, with walkers and drivers blaming each other for our streets that are unusually dangerous to find yourself walking across. (Here's a good example, especially the comments.) The other argument is common sense against government, which is a predictable plot line in pretty much any discussion of any legislation anywhere.

But now we want to advocate for a third talking point. Let's take it as a given that we want less pedestrian trauma on the roads, and that statistically our roads are indeed oddly traumatic. However, instead of blaming the cars or the pedestrians, we want to blame design. And rather than fixing the problem with harsh penalties, we want to use design. Weird, right? You'll see what we mean in the video.