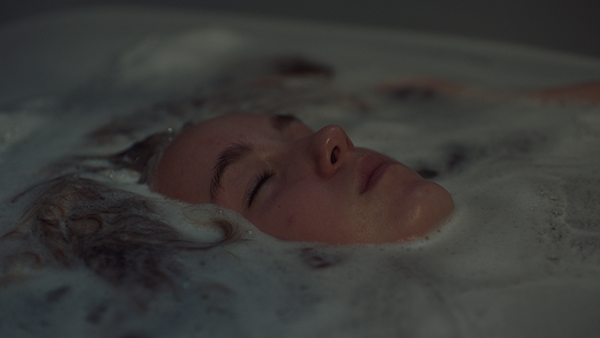 "There are a lot of coming-of-age films, a lot of teen films, but my goal was to have an honest image of teenagerhood," says the writer-director Geneviève Dulude-De Celles. "I really wanted to give them that space and take them seriously."

Dulude-De Celles' second feature A Colony (Une Colonie) arrives at the Halifax Independent Filmmakers' Festival after a blazing-hot theatrical run in Quebec, a Crystal Bear for Best Film at Berlinale and the Canadian Screen Award for Best Motion Picture. Its handheld doc style and deep silences are a natural progression from Dulude-De Celles' 2014 Sundance short La Coupe, a two-hander about a young girl and her father. "I was really interested in a longer project with a character like this, in this moment of her life," she says from Montréal.

In A Colony, Dulude-De Celles offers a thoughtful, delicate, intimate portrayal of Mylia (Emilie Bierre), a rural kid on the cusp of adolescence. Her parents' marriage is crumbling, she's had to switch schools because of bullying and every time she tries to fit in with her new friends, she realizes she's not into any of it. Also on the outside is Jimmy (Jacob Whiteduck-Lavoie)—from the nearby Odanak, an Abenaki First Nation—and he and Mylia become close.

Though Bierre is known in Quebec, Dulude-De Celles aimed at casting mostly unknowns for more naturalistic performances, a six-month process. "Most of the agency actor kids, I thought they were coming from an urban background," she says. "I was really looking for people who it would be believable that they come from the countryside."

Dulude-De Celles grew up "two villages away" from Odanak, and admits youthful ignorance to its people, echoed in the film when Jimmy fights with a jeering classmate. "I was apprehensive—I knew them from my history class, and what was taught in my history book, and it was not accurate," she says.

The director is part of the same system that has produced Xavier Dolan, Jean-Marc Vallée and Denis Villeneuve, and is making the same international waves they did. "It's not tied up with the market, with the box office," says Dulude-De Celles of Quebec's film funding. "I think it's really precious and important we keep that. If we were only following the market, we would be eaten by American films. It's an exciting moment, and I'm really happy to be part of this community."