Something to toke about - Part 4 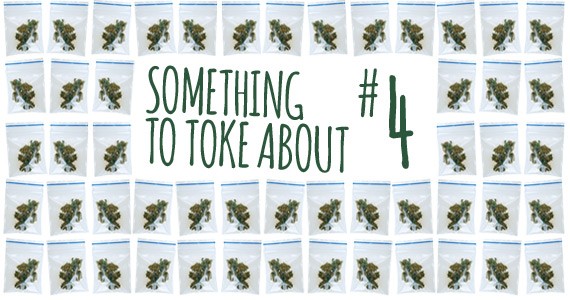 The “something to toke about” session is almost over, guys.

For this series of four columns, city editor Jacob Boon and I agreed to skip the “should weed be legal” question and jump directly to the reality of its recreational and medical use.

In previous columns, I bought pot at a price of $25 for three grams, medical users enjoyed edibles despite their current illegal status and my friends got it on with weed lube. Legal or not, that’s the truth of our cannabis culture.

This week for the final installment of the series, I want you to entertain the following thought experiment. Perhaps you’ve already done so while hitting a bong. Well pull out the water pipe and let’s brainstorm this one together: What could legalizing marijuana do for the Nova Scotian economy?

We know the cannabis industry is already contributing to our economy in a more covert, non-official capacity than if it were decriminalized nationally. But how exactly decriminalization would affect our local economy would depend on how it’s regulated and taxed.

Let’s look at some possibilities. A 2012 study from Simon Fraser University estimated legalizing BC bud alone would generate $2.5 billion in taxes and licensing fees over a five-year period, assuming a market of 400,000 customers. Washington State estimated it would make $1.9 billion over the same time frame with 360,000 annual customers—roughly the population of Halifax.

We don’t have anywhere close to the number of people in BC or Washington, what with our outmigration and aging population, but think how demographics might change if federal laws allowed the pot market to flourish. In Colorado, the newly legal industry is attracting young people—from weed techies to strain nerds to pot bartenders, also known as bud-tenders. (Cute, right?)

To daydream the implications of decriminalization, I called up Chris Enns, who I like to think of as Halifax’s Jesus of pot. Enns spreads the good word during afternoon vape sessions at his Gottingen Street compassionate club.

If weed were decriminalized tomorrow, he says, the first thing Nova Scotia would notice would be a quick upswing in the number of producers, and the amount each producer grows. The main deterrent to entering the market is fear of prosecution, and if you’re not worried about jail time, you’re not going to be worried about volume either, he reasons.

The majority of the bud you can buy here is imported from other provinces, Enns says. This surprised me, but it aligned with what the dealer from the first weed column told me.

If local production increased, imagine the job creation. Along with plant managers, and delivery workers, there would be seasonal jobs, Enns says: “Around harvest season you need half a dozen friends to take care of production.” Licensed medical producers are already creating jobs like these in other provinces, although strict federal regulations are certainly squeezing some producers.

Imagine the secondary markets. Demand for extracts (weed lube, for example) and edibles, which are illegal both for licensed and recreational users, is nonetheless exploding, Enns says. The Colorado tourism industry is blossoming, and so could ours. And prosecuting growers and sellers wouldn’t be such a drain on the already overburdened justice system.

As for price, “It’s like any other commodity,” Enns explains. Initially at least the price of recreational product would increase, he anticipates, due to heightened interest—but as the number of producers increases the supply should even out with demand.

In a decriminalized market, Enns argues Nova Scotia could retain some of the oil workers who head out west. He likes to tell people they could match the money they make in Alberta by converting their 10-by-10 foot bedroom into a grow operation.

I’m not sure how true that is, but any retention of young workers, however slight, is worth legalization in my book. We can dream, right?

Cannabis Something to toke about Marijuana Nova Scotia The Reef