Watch teaser for a John Dunsworth and Cathy Jones webseries 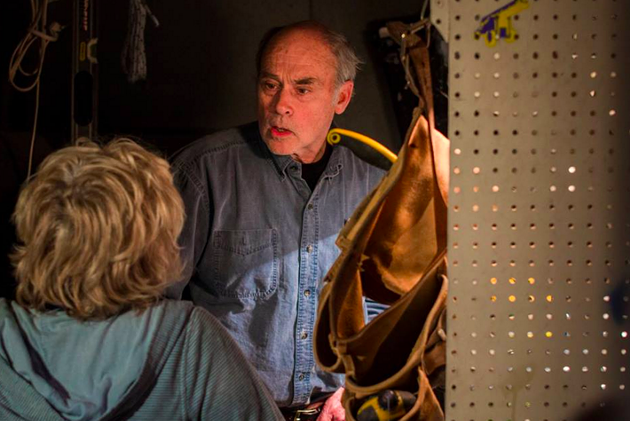 In a bid to win funding from the IPF (Independent Production Fund) for an episodic webseries, the creator of Noon Gun, 2015's Best Film in The Coast's Best of Halifax Awards, filmmaker Caley MacLennan recently released a teaser for Nichols and Dimez.

If it wins, the locally produced series promises to be a boozey, comedy crime-thriller that would star John Dunsworth (The Trailer Park Boys) and Cathy Jones (This Hour Has 22 Minutes): "When small town drug dealer Big Mike (Kevin Kincaid) dies, John Nichols is left to take care of his drug-smuggling business and 12-year old son. With rival drug dealers, police and social services pressing him, Nichols stumbles upon a secret weapon: Big Mike’s ghost."

"The more social media attention our teaser video receives, the more chance we have to obtain funding," says director MacLennan (fans can follow the potential series on Facebook), who is also co-producing with André Pettigrew. Set in the fictional Skag Harbour, "This project is very different from most film or TV projects for so many reasons—two known Canadian icons starring in web-based series with ghosts and drug dealers. And it's a good-news story about the otherwise desperate condition of the Nova Scotia film industry," he adds. The series would also mark the first time Jones and Dunsworth appear onscreen together. #NSFILMJOBS.