Ironically shot by one of Canada’s foremost privacy lawyers.

It's a different perspective on some everyday Halifax sights. The dropping costs and improved quality of HD cameras and aerial drones increasingly offer a new way to view some common landmarks. For example, when was the last time you flew across the harbour to Georges Island?

“I think it’s a really interesting perspective,” says David Fraser, the filmmaker/pilot behind that footage. “I’ve been into photography for years. One of the classic things they tell you in photography is try to get a different perspective. We’re so used to seeing things five to six feet off the ground.”

A partner with McInnis Cooper, Fraser is one of Canada’s leading privacy and technology lawyers. He spoke with The Coast last year about the risks that come with security cameras in public places, and his blog—privacylawyer.ca—looks at protecting personal data from nosey governments.

Yes, one of the foremost experts on privacy is flying an HD drone around Halifax.

“You’re not the first one to comment on the apparent irony of that,” says Fraser. “It was very important to me to be on top of this technology. So I’d know what’s going on, and what is the appeal of these things for those using them.”

Ok, but it's also pretty darn fun. Always interested in flying, Fraser picked up a cheap drone and camera a few months back to see if the hobby was worth pursuing.

“You don’t want to invest in something more expensive and realize you’re bored with it.”

A few weeks ago he was able to get his hands on the new Phantom 3—an almost-professional drone with a built-in, HD, stabilized camera. (For anyone worried Fraser might be peeking where he shouldn't, the Phantom 3's camera doesn't zoom and only has about 20 minutes of battery life.) He's been learning to fly ever since, and recording the results.

“The first one, on the Halifax Common, I wanted a big open space where I wasn’t going to crash into anything or hurt anyone,” Fraser says. “Halifax is a really amazing city with really amazing features, and to be able to capture some of that is really interesting.”

From his controller, Fraser can take a look at the transmitted video in real time as his drone hovers over the city. The unmanned craft uses GPS to return if the aircraft loses signal contact with its controller and can fly over two kilometres from its launch point. Even when travelling over the water to Georges Island, Fraser says he was still getting a great signal.

“Theoretically I could have taken it over to McNabs, but I'm still learning.” 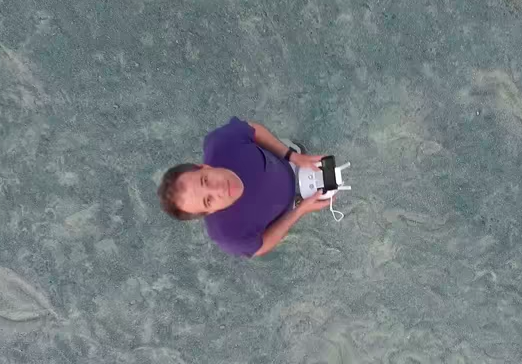