We interviewed one of the rats living in your walls

Halifax rats are taking over new territories and there's nothing to be done about it. 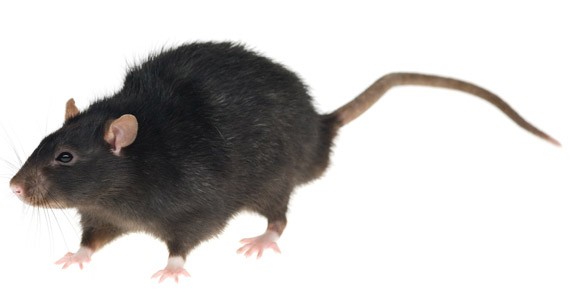 If you do have rats: seal off foodstuffs, wipe down surfaces and call pest control. Fight the infestation early and aggressively enough and you may have a chance.

Rats are a problem. And not one you can just ignore and hope they go away, because—spoiler!—they won’t. The vermin have always invaded Halifax holes, and new construction seems to be pushing the critters further north and into new homes. But are rats really all that bad? We sat down with a local rattus norvegicus to get his side of the story.

You’re not the most likeable species. Help me out here.
We’re a nice, family-oriented species. I’m father to about 150 or so kids, all with their own families to take care of—they grow up so fast, you know? I’m currently looking for a new home for us all and trying to bring home the bacon. Literally. At the end of the day, I’m just a concerned dad. It’s tough out there.

What exactly is the problem? I mean, you’re a rat—it can’t be all that hard.
You guys are destroying our homes, that’s the problem! We were quite happy living underground in our tunnel systems around the tree roots and rocks. And then all of a sudden you people are digging for your fancy new condos or roundabouts and we’ve got nowhere to live. So we’re migrating north—lots of nice old homes up in that hood. The population isn’t suddenly exploding, we’re just more visible. Rats have been here as long as you people have—we have the right to be here.

What you’re essentially doing is breaking and entering and then squatting in people’s walls. Not exactly legal.
Where else can we go? A rat’s gotta eat too, you know. It’s not our fault people have cracked foundations or unsealed old pipes. We’re resourceful. We don’t ask for much—we’ll live off of your scraps and pipe condensation. Fair is fair though—you destroy our homes, we shit on your counter.

You’re making it really hard for me to sympathize with your cause.
Yeah. I mean, most people don’t realize we’re actually really well-rounded animals. We can climb, run across telephone lines, fall 50 feet and land uninjured, even tread water for three days. I’ve lived through being flushed down the toilet, for fuck’s sake! We’re athletes, man! We’re intuitive creatures! We’re like tiny, furry dolphins.

Right. But when you say intuitive, what exactly do you mean?
Well, we catch on pretty quickly. If we see a bunch of our family and friends going into a box and not coming out again, then we’re not going to go in that box. We learn. We evolve. We’re a clued-in species.

No offense, but that’s kind of unsettling to hear. Moving on though, you mention the black boxes which I assume refers to those live traps. If, after time, those won’t work, what will?
Why on earth would I tell you that?

Humour me.
I’ll tell you one thing—you guys gotta stop using those sticky blue trays. I’ve seen too many loved ones having to rip or chew their limbs off to escape. Way harsh Tai.

So there’s no stopping you guys?
We survived the black plague—you tell me.

Touché. Tell me, I’ve heard rats have a weakness for peanut butter—that true?
I mean, I wouldn’t say no to a dollop of the good stuff. Some of the family favourites are scrambled eggs, cooked corn, chocolate chips, mac and cheese…wait, why you asking?