We love that Halifax came together in grief

How a tea party honoured Halifax's African Nova Scotian matriarchs in the time of coronavirus. 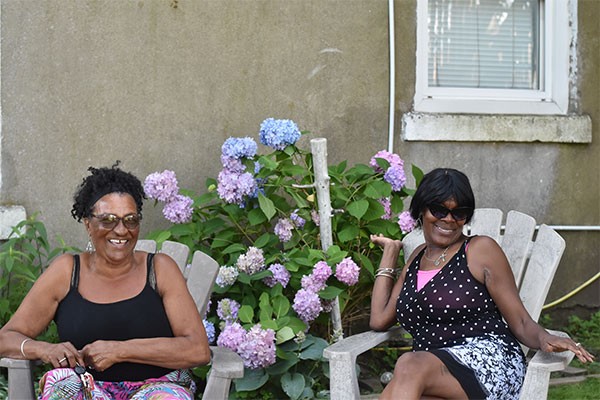 Grief and ritual normally go hand in hand. Ever since humans began living and dying, people have been moved by the need to fully acknowledge death and move through it—often with the help of their community.

And though on the surface COVID-19's greatest crime is death, its greatest punishment falls on those left behind. With the lockdown in effect as the number of fatalities rose, people were bereft and grieving, yet forced to stay home, to be alone.

When the disease first moved through Halifax's largest long-term care home, Northwood, it took away not just 53 lives, but the opportunity for those lives to be honoured as they normally would.

"Over the time of Covid, it was so depressing and sad," says Cecelia Gray, whose 96-year-old mother and 87-year-old aunt were two of only four women on their floor who didn't die from COVID-19 at Northwood last spring. "It was so sad that we couldn't get to see our loved ones. Every day I was crying and crying."

When loved ones died, she says family and friends couldn't "give support to one another the way we would, because Covid has broken us apart."

Normally they'd have been taking food up to the home of the person or their family, gathering, organizing, remembering and honouring—all together. "We're like a chain, one chain turns the other one," says Gray. Because of the disease, however, "the link was broke."

But as things in Nova Scotia began to improve, Gray wanted to do something to honour the lives lost, so she turned her Brunswick Street backyard into the setting for a serious tea party, "in honour of the girls that we lost and the ones that are still hanging on, the matriarchs of this community."

Gray and other women in Halifax's African Nova Scotian community gathered supplies— dishes and teacups, masks and snacks—and honoured 15 matriarchs and two men who had died in their community since the pandemic started—making space for others who lived through the fear and grief to have a moment for some closure.

"To ease and soothe some of the ladies who have gone through this," says Gray, who went through it alongside them. It was a chance to sit down and have tea and crumpets or scones and just talk. To "feel together."

As Gray rushed about in the backyard two days before the tea party, Melinda Daye—whose mother Laura Daye lived on the same floor as Gray's mother and aunt at Northwood and survived—was taking notes of the names to be honoured as Cynthia Colley-Murray read them out.

They buzzed with the excitement ahead of gathering in community. A buzz that then felt new and different since "this miserable virus," as Gray described it, changed our world.

A version of this story was first published this summer, before the tea party, at thecoast.ca.