We have community advocates like Kate Macdonald to thank for that. 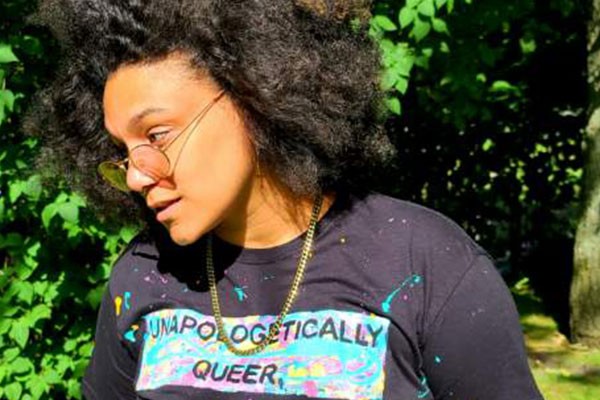 Kate Macdonald remembers the peculiar quiet of 6,000 Haligonians trying their best to hear the words being spoken out of a PA system that was not expecting such a huge turnout. The crowd, assembled along Spring Garden Road on the first Monday in June, was there to take a knee for eight minutes and 46 seconds—the same amount of time a Minneapolis police officer knelt on George Floyd's neck, killing him

Halifax, a city that doesn't necessarily have a legacy for caring about Black lives—"history doesn't really lend itself to that," says Macdonald, citing Africville as one prime example—had really shown up. And more than just show up, it stuck around.

That so many in the community had gathered in the name of Black Lives Matter surprised Macdonald, whose work as an advocate leans on a long legacy of African Nova Scotians who've spoken out against racism in Halifax and Nova Scotia.

When the music started after the peaceful protest wrapped up—"you never know if people are gonna dance or like are just gonna leave"—and everyone stayed, it "was just like this pressure valve that people have finally been able to release," she says.

Macdonald was in the thick of it, with folks she'd been organizing with forever, having a blast.

"People had been inside, locked away forever, and had just been watching the news be trash for so long," remembers Macdonald.

An energy reverberated off the walls of the Lord Nelson, and when Macdonald finally snuck away from the heart of things, she saw a circle of white Haligonians acting as a barrier between the dancing crowd and the large police presence that had gathered.

An extraordinary facilitator with a huge team of people in her corner, Macdonald is always secretly preparing for the worst when organizing. She'd seen the violence that had broken out in cities across North America, and knew well what was at stake by gathering and asserting that Black lives matter.

So it was that moment of allyship—unasked for and unexpected—that left an impression. "You're using your body, because you recognize that your body carries so much privilege, that you won't get injured," she says.

It seems small, and maybe even obvious—which should be the case for anyone who read the Nova Scotia Human Rights Commission report on street checks, which found that Halifax Regional Police officers street checked Black Haligonians at rates much higher than white Haligonians—but learning when and whether to take up or give back space is essential if this city really wants to let the world know that it thinks its Black lives matter.