We spoke to a Chronicle Herald writer about that refugee story

“It made me feel ashamed to be associated with this newspaper.” 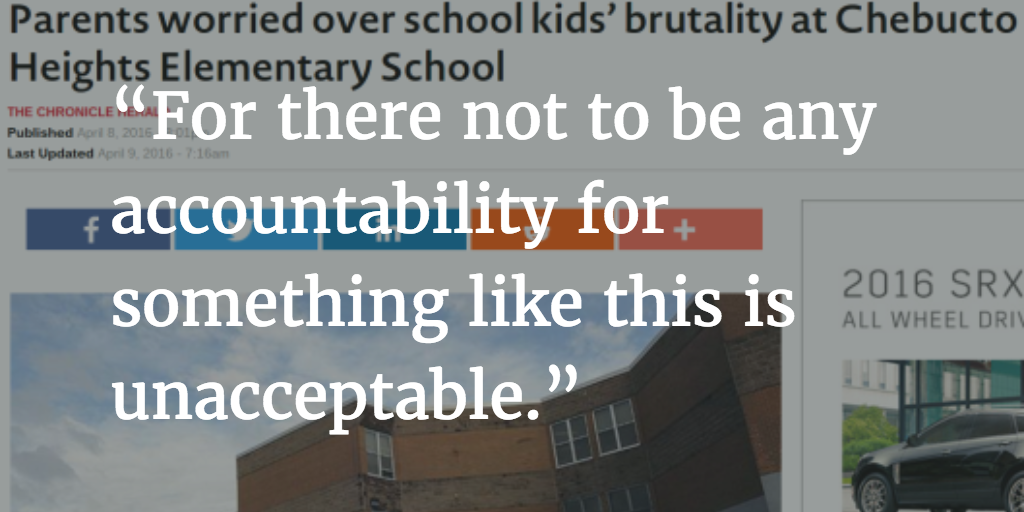 This past Friday the Chronicle Herald published an article detailing the alleged brutality of refugee children at a local elementary school. It was widely and strongly criticized. By Saturday night the most outrageous passage—which quoted an anonymous source who said a refugee child choked a classmate with a chain while yelling “Muslims rule the world”—was removed without explanation. Yesterday the whole article was pulled and is now replaced with this explanation promising to do better next time. 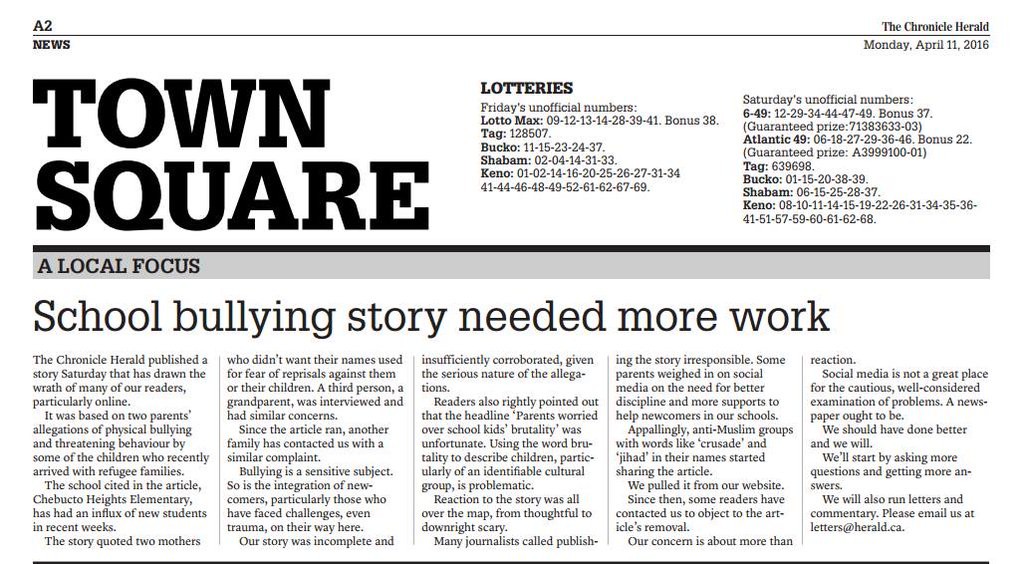 It’s impossible to ignore how the labour situation at the Herald contributed to all this. The Halifax Typographical Union has been on strike for the last 80 days, while a scattered newsroom of replacement writers and editors puts out the paper. That’s not to say a unionized bullpen of HTU reporters couldn’t publish an article like what came out on Friday, but it seems highly unlikely.

We don’t know who wrote the piece, of course, since the newspaper is still refusing to use bylines for its “scab” writers. Instead, The Coast asked several replacement writers if it was their work. Few replied, and those who did denied it. One was so disgusted the article was published that they agreed to an interview. We’re protecting that person’s identity so they can share their perspective of what’s happening inside the Chronicle Herald’s newsroom .

What were your thoughts when you saw the refugee article?
I had no idea it was coming out. I saw the headline and I was a little confused, so I clicked on the story. I read it and the first thing I thought was “Wow. The only thing this article will accomplish is breed ignorance, hatred and intolerance.” I couldn't believe it. What I really was shocked about was that it got through the editors. At least all the editors I've worked with at the Herald are excellent journalists and really, really passionate about what they do.

How does something like this get published when there are such obvious problems?
See, I can't really answer that question because I don't know. I was as surprised as you, and honestly it irked me. It made me feel ashamed to be associated with this newspaper. I mean, the situation I'm in now isn't the best one to begin with and reading that article didn't make me feel very good at all. What I can imagine happened was the editors got an email, probably from one of these concerned parents explaining the situation. So they put a reporter on it, and this is what came out of it. How that article got through, I don't know. I don't know.

Is the article, the lack of accountability, the result of incompetence on the part of one or two people or is this the standard operating procedure now in that newsroom?
I really don't think it is standard procedure. I do have respect for the Herald as a company, and just to see this sort of thing happen, it makes me wish that things were better, that the situation was different. I don't think it reflects on the organization as a whole right now. Well, it does in the sense that the organization's going through hard times. It certainly reflects that. Look, most of the community, at least in the journalism community, they know who we are as the replacement workers. Maybe this just means we need to have bylines on stories. For there not to be any accountability for something like this is unacceptable. I'm speculating here, but I don't think this would have happened if the situation wasn't what it is right now. I know HTU, they're probably eating this up right now, but I just don't think this would have happened if the situation were different.

Do you think there should have been more transparency to explain the edits made and why the story was removed?
I do think so, yeah. What really confused me about the whole thing was that they took it down.

Why?
The editors, from my experience, have always had a very strict policy of “This is what we print, and that's that.” The fact that this happened and then they retracted it leads me to believe it was something that slipped through the cracks—that it was a mistake and that it wasn't really something that should have happened or that they wanted to happen. Restoring bylines, holding one person accountable, holding them as a scapegoat, I don't think that would do anyone any good, really. But I think to be more transparent in general throughout this entire thing will hold the paper more responsible.

If there were bylines it would help in one respect. You're being unfairly saddled with this now, along with everyone else who didn’t write it, because we don’t know who actually did.
Yeah, I agree. I agree, that's definitely a problem. We're just getting a terrible rap out of this whole thing. We have a bad enough reputation already as the situation stands. For something like this to happen, now that we're all stuck with it...I don't want to throw any of my colleagues under the bus. I honestly, truly have no idea where this article came from or who did it. But I feel like things like this won't happen, or I don't think it would happen, if we weren't in a strike situation right now. I can't stress enough how badly I want this thing to end.

The strike?
Yeah, yeah. It's been hard.

Why is that?
I'm just not in a work environment that I feel good about. The fact that this is happening, that there's so much conflict, the company is clearly losing money—it just doesn't feel like a good place.

The obvious question then is why not leave?
Because, at the moment, I don't have anything else figured out. I don't have another job. I would probably have to leave the province. I don't know. I just haven't figured out anything past that. I am always considering other options, but another opportunity just isn't there for me at this current moment.

Do you think the strike will be over anytime soon?
No, I don't. I can't ever really know, and I can't speculate, but I really don't know what's going to happen.

How much are you in contact with the other reporters at the Herald? What's the mood of the current newsroom?
Well, none of us are exactly thrilled about the situation. It's not the best.

What do you hope will happen?
I think the union are all good people, all very talented, and we need to have them. But at the end of the day, what's this all about? It's about money. It's not financially sustainable for the company. That's why it's been so difficult for me throughout this whole thing, because I've been able to sympathize with the union and the company. People with their kids, people with their livelihoods, put all that aside and just look at it like a business. From a business perspective, there aren't really many options. But from a human decency perspective, you're laying off all these people who have been here for years. They need to work something out that will keep that to a minimum, because this is doing nothing but hurting the paper in the long run. If they lose their money, that's one thing. But they're on the verge of becoming irrelevant, especially after stuff like this, and I don't want that.

Are you worried that working at the Herald during the strike could tarnish your career later?
I am worried about it in some cases, but I feel like if I can explain my situation to a future employer I guess all I can do is hope they understand my position and why I made the choice to do this. Yeah, I guess I am a little worried, but at the same time I'm ready to accept what happens. If it means exploring other things, other places, then so be it.