Weed and alcohol are too close for comfort in Nova Scotia 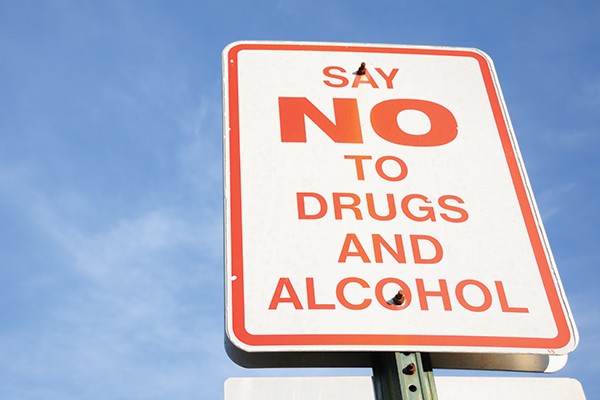 The Federal Task Force on Cannabis Legalization and Regulation recommends cannabis be sold separately from booze, in stand-alone stores. That’s the way PEI and New Brunswick are gonna deal with legal weed. It’s an approach endorsed by multiple studies explaining how THC and alcohol exacerbate each other’s effects and intensify injury and fatalities when mixed, and supported by common sense.

Any government concerned about public safety in pot’s post-prohibition era would discourage consumers from “crossfading” their intoxicants, right? Not so fast, Nova Scotia.

Premier Stephen McNeil did say he plans for a “uniform approach” to distribution within the Atlantic provinces, and claimed he would listen to Nova Scotians’ input as the July 1, 2018 legalization deadline approaches. When talk came to action, however, he and his government balked.

Last week justice minister Mark Furey announced weed will be available through NSLC outlets. We’re now the only province in Canada that will sell cannabis inside previously existing liquor stores, despite over half of legalization survey respondents siding with the Task Force in favour of stand-alone shops.

“Putting it beside products we already know impair drivers, is in hands of young people and has a long list of devastating consequences is irresponsible.” tweet this

Minister Furey claims putting bud beside booze is in the interest of public safety. The Liberals believe NSLC employees’ “experience and expertise to distribute and sell restricted products” is enough to safely sell cannabis. But experienced users and opposition party members are criticizing this line of thinking.

Dartmouth South MLA Claudia Chender calls the Liberal government’s decision a dangerous, cost-cutting shortcut. “The main thing the Federal Task Force came out against unequivocally was co-location,” she says. “It flies in the face of logic for Furrey to say their primary objective is public safety and health.”

Annie MacEachern—a PEI cannabis advocate, MSVU grad and guest on Lift Vancouver’s upcoming Women’s Grassroots Cannabis Community panel—says one of the most shocking oversights of the decision is the high number of Nova Scotian students who are already binge drinking. “Many consumers are not aware of how cannabis interacts with them yet,” she says. “Putting it beside products we already know impair drivers, is in hands of young people and has a long list of devastating consequences is irresponsible.”

Our province has the most universities per capita, smokes the most pot and has the third-highest rate of alcohol-induced hospitalizations in the country. MacEachern doubts the province will have education campaigns “ready and rolled” for NSLC employees or the public by the time classes are in session, frosh week fuckery begins and there’s a pack of joints for sale beside the pre-made shooters. Giving advice on a wine or beer pairing is a different expertise from helping someone find the right cannabis strain. Considering police across Canada are concerned about the tight timeline to adjust to legalization, eight months of training doesn’t feel like enough for NSLC employees to properly work with pot.

The needs of previously existing MMJ patients have also been hastily ignored by our government. Both MacEachern and Chender emphatically amplified the worries posed by organizations working with recovering alcoholics, many who use medicinal cannabis to stay sober.

“By lumping cannabis sales with the NSLC, it’s in the hands of people that don't understand its medical benefits first-hand,” says Noah Logan, a local medicinal cannabis entrepreneur. After McNeil gutted the film tax credit in 2015, Logan has struggled to earn a living without jumping borders. “This decision cuts out farmers, small business and people like me from the creative industry that had to adapt to stay living in this province.”

People who have dedicated their lives advocating for cannabis acceptance, education and empowerment, as well as the disproportionate number of Black Nova Scotians imprisoned for simple possession charges, surely would have benefited from gaining employment in stand-alone shops, having their work and knowledge legitimized, and earning a government pension. As the Liberal distribution plan stands, local cannabis advocates will not see their hard work pay off. Nor will those pardoned for past crimes find work in the soon-to-be legal market.

Unless of course they leave the province to start careers in the semi-privatized, medical-forward dispensaries like Alberta plans on opening. Stand-alone stores would most likely blow our provincial budget, and as the Liberals prove time and time again, surpluses are prioritized over providing effective services. If you’re wondering about that dank smell rolling across Nova Scotia, it’s the McNeil government once again skunking up the province by exporting our experts for the sake of balanced books.

What do you think of the province's pot plan? Comment below or email me.