The Toronto janglers bring their practical romance to HPX. 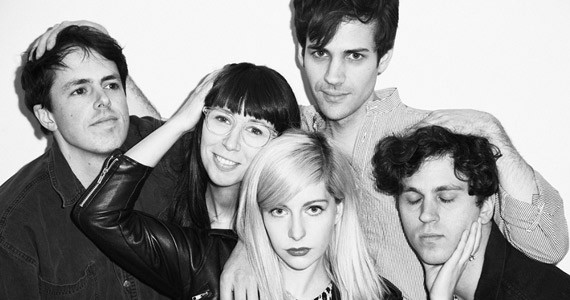 East coast ex-pats Alvvays are still riding a wave of increasing success and recognition for their self-titled, debut album, released this past July. Alvvays is an album that exhibits a somewhat practical view of love: singer and guitarist Molly Rankin's lyrical narratives feel romantic and rosy—especially set against the band's reverby rattle—but they're told through minute, quotidian moments. Rankin exudes this practical romance outside of her songs too. Though their music may feel anthemic, Alvvays ground their practice in a simple desire to write and play good songs.

"I think we just like to play well and to feel like we've done the songs service," says Rankin. "I'd love to say that it's some kind of euphoric moment that we all have synched together, but I feel like that's just a little bit too romantic for us."

While Alvvays have played Halifax many times in the past, the band's headlining Pop Explosion performance on Saturday night will likely be the largest show they've played here to date. The band's ascent has been steady since the release of Alvvays; now, over a year into the touring cycle behind that album, they're beginning to write new songs and record demos. Rankin says that they look forward to playing some of these new songs on their tour, which will take them from Ontario to Halifax and back.

"We've put a few new songs in the set," she says. "It sort of keeps everybody on their toes. We don't play in Canada all that much, so it's nice to be on the East Coast."