What Canada can do to help the Hong Kong protesters

An open letter from a group of Hong Kongers living in Halifax.

By Joshua Wong and other Hong Kongers 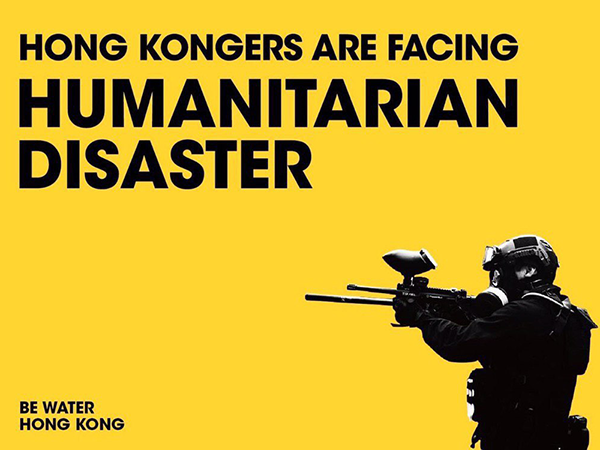 Submitted
"Millions of dollars have been raised in trying to get this matter out from under the control of China’s state media, and have the truth seen by media around the globe."
In a little while it will be over. We may fail. But the rights for which we contend will not die. –Louis Riel

To love our neighbour as ourselves is such a truth for regulating human society, that by that alone one might determine all the cases in social morality.–John Locke

This is an open letter written by a group of Hong Kong people living in Halifax, Nova Scotia, who are expressing their concerns, hopelessness and disappointment towards the place where they once called home. We are asking the Canadian government to take this matter in hand and assist the Hong Kong Canadians who are in need, as there are more than 300,000 Canadians living in Hong Kong.

In our mind, Hong Kong is a place with phenomenal stories of success built by immigrants from mainland China and every nook and cranny of the world. It was the people who came before us who helped construct the core values that we share today with Canada: Human rights, freedom, the rule of law, democracy and, last but not least, a clean government. These values were protected by our mini-constitution, The Basic Law and the Hong Kong Bill of Rights. These are similar to the Bill of Rights and the Charter of Rights and Freedoms in Canada.

Over the past two months, Hong Kong has seen its largest uprising in decades. This movement was triggered by a proposed extradition law, and has evolved to the point where people are crying out loud for these five demands:
click to enlarge

Submitted
As former president of the Hong Kong Students' Association of Memorial University of Newfoundland, Joshua Wong has experience working with a group of people for a common cause.
People of Hong Kong—regardless of race, profession, class, ethnicity and reli gion—stood united to demand their government address these five demands for its people. Millions of dollars have been raised in trying to get this matter out from under the control of China’s state media, and have the truth seen by media around the globe. And millions of Hong Kongers have taken this matter onto the street in peaceful assemblies every weekend since Sunday, June 9.

This past August 11 marks the 10th weekend of protests, and quite a few incidents have happened since the beginning.

On July 21, hundreds of Hong Kongers were attacked indiscriminately, including—but not limited to—lawmakers, elderly people and a childbearing woman in Yuen Long railway station by a mob of people wearing white shirts. Hong Kong police had been notified hours before the attack, yet there were no police officers arriving at the scene until 39 minutes after the outbreak of the incident. During the attack, the 999 emergency line had refused to take calls regarding Yuen Long, and the local police station had shut its doors to the people. Only a few arrests were made after that night, and suspects were released within 24 hours. Many had wondered if that is intentional negligence of the police. There was even footage of the mob passing by the police and meeting face to face.

On August 5, tens of thousands of Hong Kongers had once again asked the government to meet the demands by having major strikes—including civil servants, pilots and other walk of life—in seven districts in Hong Kong. On top of that, many businesses in Hong Kong closed their doors in support. Also, major non-cooperation movements were also joined by the locals in the city, expressing their anger against the government failing to address the demands, not having any negotiation of any sort and using police brutality to turn down the people of Hong Kong. In support, Hong Kongers in Canada joined a national protest in seven cities in Canada, including Halifax, August 3rd and 4th.

Most protests in Hong Kong throughout the decades have been peaceful and orderly. Yet the recent protests have indeed turned violent in some cases. We do not agree with violence of any sort, but it is understandable how anguished people become when facing constant oppression, police brutality and being ignored by the government after numerous protests, joint statements, letters and rallies to the United Nations.

The turmoil this week, when protesters causing the Hong Kong airport to close, stemmed from the August 11 weekend protests. There have been numerous news articles about the increased level of police brutality, against both the people of Hong Kong and other foreign nationals visiting the territory. Moreover, multiple sources and video footage alleges that police officers disguised as protesters and stirred up the violence on that date, prior to making any arrests.

There have also been cases of police officers using pepper guns against people at point-blank range, using tear gas in congested and enclosed areas—including but not limited to residential areas and MTR (Mass Transit Railway) stations. There have been many incidents of innocent people including seniors, infants, children and teenagers being injured from force, tear gas and rubber bullets without reasonable grounds. In the worst cases up until this point, two people—one teacher and one nurse—were shot in the eye by the police with rubber bullets and a beanbag gun, damaging their vision permanently.

In our opinion, the aforementioned all suggest a humanitarian crisis is occurring in Hong Kong.

Specifically, we ask that the Canadian government: Urge both Britain and China to follow the Sino-British Joint Declaration of 1984; condemn the persecution of dissidents in Hong Kong and police brutality conducted by the Hong Kong police force; deny entry or denounce the Canadian citizenships of the Hong Kong Officials; and continue to urge the Hong Kong government to meet the five demands asked by the people of Hong Kong.

We will be having a peaceful assembly in Halifax this weekend, August 17. This peaceful assembly will be counted as one of the joint protests nationwide in Canada, along with the other nationwide protests on the same weekend in the United Kingdom, United States, Australia, New Zealand and other international communities. We invite you to join us.