What Halifax can learn from shootings in El Paso

Racist attack highlights the urgency of standing up to divisive politics 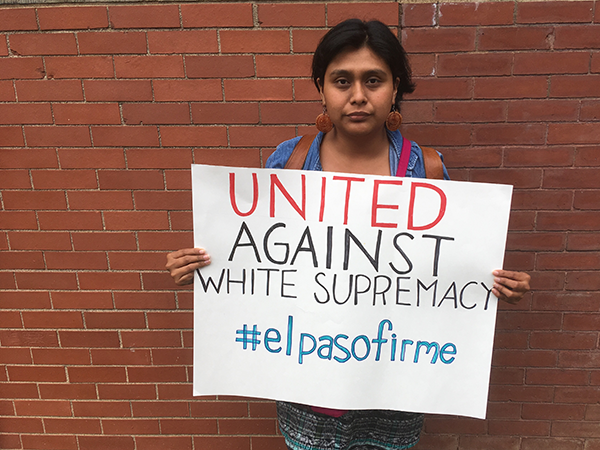 SUBMITTED
Stacey Gomez is a migrant justice organizer with No One Is Illegal - Halifax/K’jipuktuk and active in the Latin American solidarity movement.

Since last month's mass shooting in El Paso, Latinxs throughout the US say they no longer feel safe. The shooting, which killed 22 people and injured another 24, was driven by racism and xenophobia against the Latinx community. The shooting speaks to a troubling resurgence of white supremacist violence in the US, fueled by Trump. In Canada, we need to be on high alert as well, particularly as elections draw near.

Trump's hateful rhetoric and policies have long targeted Latin American immigrants and asylum-seekers. His constant vilification of this community has been used to justify violent and dehumanizing policies. This includes massive raids against undocumented workers and the separation of Central American refugee families, as well as their detainment in modern-day concentration camps. These are precursors to the El Paso massacre. How does Trudeau compare?

Despite his Liberal rhetoric of multiculturalism, Trudeau has sought to win political points by ushering in a number of anti-immigrant reforms, which disproportionately impact racialized people. This has included raising the deportation target to 10,000 people per year, an increase of up to 35 percent. Trudeau also appointed the country's first Minister of "Border Security and Organized Crime Reduction," associating migration with criminality.

Not surprisingly, the Liberal party has maintained near-silence amid the escalating situation in the US. Moreover, Trudeau has ignored calls by the UN to step up resettlement of the most vulnerable Central American refugees while moving to tighten the Canada-US border.

What happened in El Paso highlights the urgency of recognizing and rooting out racism and xenophobia on all fronts, including political discourse and state policies, be they from someone like Trump or Trudeau.

As campaigning for the federal elections kicks off, Canadians must remain vigilant and speak out against divisive politics aimed at garnering votes. The pressure from Haligonians and Canadians that led to the removal of xenophobic billboards supporting Maxime Bernier is a prime example of the power in collective action.

In the lead up to the election, we call upon community members to take the Migrant Rights Network (migrantrights.ca)pledge to not let politicians use racism to divide us.

One month on, the community of El Paso is on the mend. This weekend a solidarity event in Halifax aimed at honouring the victims and raising our voices against white supremacy, as well as xenophobia in the US and here at home, will take place.