What happens in Halifax 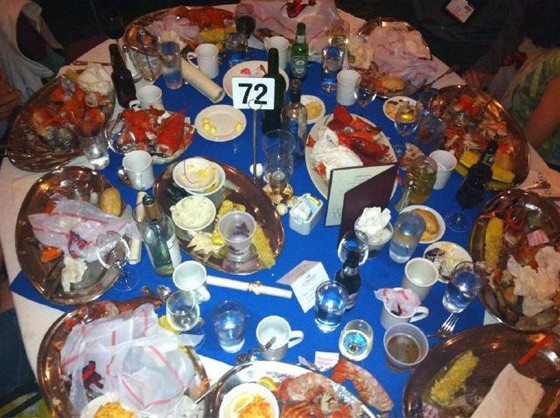 Let’s do a quick association game. You know the kind. I say something--- “Stanley Cup”---and you say the first word that comes to mind (like “Bieksa”). Ready? Here goes. I’ll say: “A bunch of politicians from towns and cities across Canada come to Halifax to talk about stuff like homelessness.” What did you think of? “Boring” is obvious. If your glass is half full, maybe “progress.” Half empty, “useless.” But if you were actually at the meeting, where the glasses risked overflowing and spilling beer and wine onto the lobster, you’d know the right answer is “decadent.”

Locally, last weekend’s Federation of Canadian Municipalities conference gained infamy as Peter Kelly’s reason for delaying the concert scandal report. Otherwise it flew under the radar for Haligonians as a pretty standard (“boring”) gathering of civic leaders. At least one delegate who came to Halifax for the FCM, however, is in trouble with her constituents for revealing too much of what the pols are really getting up to.

Counc. Heather Deal posted online photos of the “carnage” left behind from a Sunday night feast she and other municipal leaders were treated to during a Federation of Canadian Municipalities’ meeting in Halifax.

She linked a photo of a ravaged dinner table, complete with empty wine glasses, raided lobster tails, crumpled napkins and a stained tablecloth.

That same day, Deal – whose Nova Scotia trip was funded by taxpayers – also tweeted about shopping at the Halifax market and the “swag” conference delegates received.

The Vision Vancouver councillor – who attended a session on homelessness the following day – didn’t respond to a request for an interview, but her social media posts have raised eyebrows among homeless advocates.

“It would be nice if public officials didn’t eat higher on the hog than the rest of us,” said Jean Swanson of the Carnegie Community Action Project, a group that works on housing issues in the Downtown Eastside. “You know, 26.6 per cent of people in Vancouver live under the poverty line. It would be a kind of a concrete solidarity with other people if you didn’t eat like that.”

You're a citizen. What does this sort of behaviour by elected officials make you think of? This time, your answer doesn’t have to be just one word.