What Team Coast is currently streaming

The five songs we can’t get enough of this week. 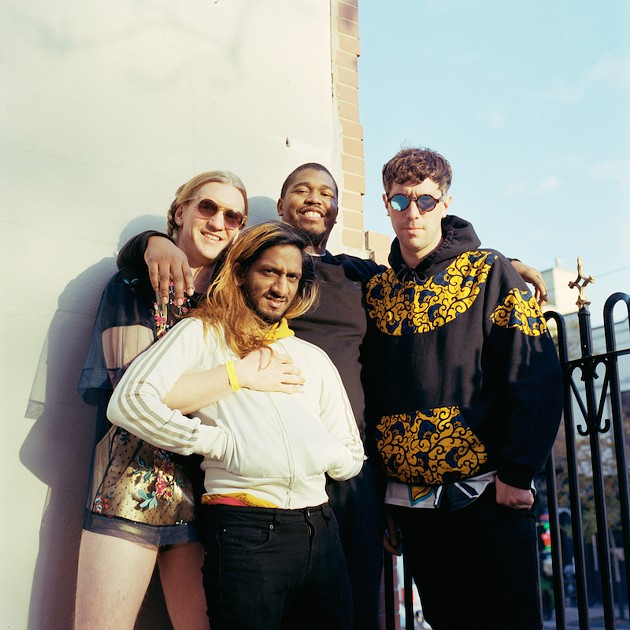 Working from home tip number 546? Create a boss-ass playlist to keep you psyched and capture some calm. Here, we share a handful of tracks we've been playing on repeat this week—all linked below for your listening needs.

Sound architect Joshua Van Tassel—a Nova Scotian native—made a name for himself producing many of Canada’s indie darlings, from Rose Cousins to Great Lake Swimmers. On his new single, released earlier this month, he shows he might just be at his best when no one’s there to reign him in, building a lush, lyric-less world that feels as soothing as ASMR.

“Trick of the Light” by Norma MacDonald

Back with her first album in five years, Halifax music scene vet Norma MacDonald has tapped into and harnessed the alt-country potential she’s long held, delivering a set of songs fans of Emmylou Harris and The Dixie Chicks will devour. Lead single “Trick of the Light” captures the essence of a maligned genre and, quite simply, has made a convert out of anyone at The Coast who was previously country-adverse.

“I Doubt It” by Aquakultre

A souped-up revolution anthem from Halifax’s neo soul superstar-in-the-making, the single “I Doubt It” promises that Lance Sampson (AKA Aquakultre)’s upcoming debut LP will live up to our sky-high expectations. Throw it on to rekindle your social justice spark—or just to remind yourself what an ass-shaking dance party feels like.

“The City Loves Me” by Beauts

Remember how every nerve in your body lit up the first time you heard Wintersleep? The opening track to Beauts’ album Dalliance gives the same immediate reaction, making us think that the scrappy-melodic five-piece might just be heirs to the city’s alt-rock heart, indeed.

“Melt The Universe With Brotherly Love” by Joel Plaskett

The epic, four-disc, 44-track new album by the King of Dartmouth is equal part Rubber Soul-era Beatles trip and mantra for these trying times. It’ll make you feel free and swaddled all at once and should be administered daily for best results.