How to explore your way towards a happier, healthier sex life

Get what you really really want this year 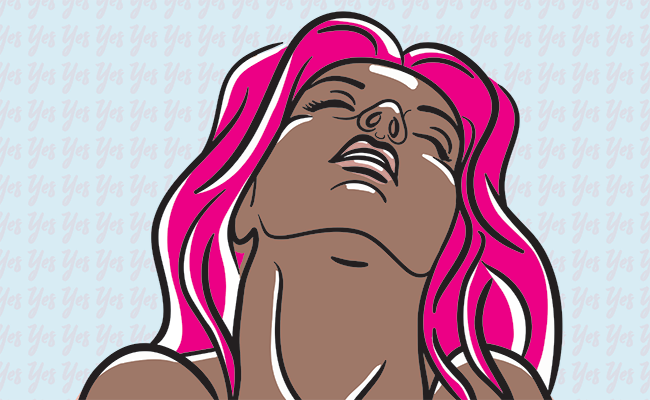 In January, it's common to hear friends and family talking about the ways they want to get healthier: Starting therapy or eating an apple for every slice of pizza. Resolutions usually revolve around physical, mental or emotional health. Sexual health is forgotten, or if it's not, those of us making sexy resolutions are staying quiet.

Sexual health is more than just "STIs, yes or no," says Christine Ollier, education coordinator at the downtown sex-shop Venus Envy. Getting tested is important, but sexual health is really self-defined, and built on self-knowledge.

"What a happy, healthy sex life looks like to you might be totally different from someone else's," Ollier says.

For many people, figuring out their sexual wants is scary. "It's so hard to be vulnerable, and there's so much shame and stigma hiding in so many corners."

Be aware of your body

Navigating sexual health means knowing what you look like, and what you like.  Abbey Ferguson, health promotion coordinator at the Halifax Sexual Health Centre, recommends grabbing a hand mirror and taking a look around down there, to learn the difference between a razor bump and a genital wart.

"You're the expert of your own body, so a doctor's not going to be able to get you through those baby steps," she says.

Getting to know your body extends to figuring out where and how you like to be touched. Doing this "when it's just you and maybe your cat," says Ollier, can be less stressful than with a partner.

According to the latest report on STIs in Canada, infectious syphilis rates in Nova Scotia shot up by 97 percent, chlamydia rates increased by almost 50 percent and gonorrhea rates went up by eight percent between 2005 and 2014.

That report doesn't touch on other common STIs like HPV or herpes. Basically, "so many people have STIs," says Ollier.

But unlearning the fear and stigma around STIs reduces the anxiety they might bring up.

People navigate sex through innuendo and body language, says Ferguson. Talking is hard because no one wants to admit they don't know what they're doing, but she says "the truth is that no one does."

Say you've spent time with that hand mirror, and figured out what feels good—the only thing left to do is tell the person you're having sex with. That can be terrifying, especially if it means admitting to a long-term partner that you've been faking enjoyment, says Ollier.

To help take the pressure off in the moment, Ollier recommends spending some solo-time sorting sexual activities into categories like "yes," "maybe" and "no," so you can answer when your sweet and thoughtful partner asks what makes you feel good. And by discovering your "yes" list, you might also find a hard "no," building consent into the same conversation as pleasure.

If you're looking for more activities to add to your "yes" or "maybe" lists, Ollier leads the occasional workshop at Venus Envy. Butt stuff is, without hesitation, her favourite topic to teach.

The more you talk, the less awkward it gets says Ollier. "You just have to figure out how to speak up."