What'll it take to see someone other than an old white man running this province?

Start by considering this long list of women who'd do the job justice.

Now that Nova Scotia’s Premier has announced his departure, names getting tossed into the ring for the next Nova Scotia election include those like Zach, Geoff and Sean. But what if we brought a new set of names to the list? The Amys, the Megans, even a Karen or two?

Women who have worked behind the scenes in our province for years, decades even, without ever getting put on a list of “potential leaders.” They come from backgrounds of activism, environmentalism, business and politics. They’ve changed laws, protested injustices, and led change—yet most have been overlooked when it comes to brainstorming who should run for public office.

There's good reason for the women on this list to not want to run for public office as they fight against the very systems politicians traditionally uphold, but we want to recognize them as more than capable of beginning to change those systems from the inside. So, in the hopes of manifesting some more non-old-white-guys in the legislature, we’re putting this out into the world.

Joanne Bernard
Bernard was the first openly gay woman to be elected to Nova Scotia’s legislature as Liberal MLA for Dartmouth North from 2013 to 2017. Currently, she’s the President and CEO of Easter Seals Nova Scotia. Last week, Bernard told CBC she was considering putting her name forward for the Liberal nomination. 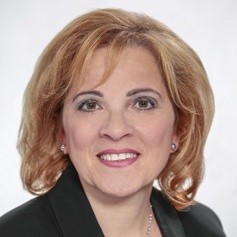 The Liberal MLA for Halifax Armdale since 2013, Diab studied law before joining politics. Her current portfolios include Immigration and Acadian Affairs and Francophonie, and is active in the community as president of the Canadian Lebanese Society, receiving both the Diamond Jubilee Medal and Nova Scotia Provincial Volunteer Award in 2013. She also confirmed to CBC last week that she’s likely in the running for the Liberal top spot.

Lynn Jones
Jones is an African Nova Scotian leader and activist originally from Truro. Sister of Rocky Jones, her family is a long line of activists. She was the first Black woman to become an executive with the Canadian Labour Congress as well as the first African Canadian woman to run in a federal election when she ran for the NDP in 1993. She is currently chair of the Global African Congress Nova Scotia Chapter.

Megan Leslie
A former NDP MP for Halifax, Leslie is now the president and CEO of the World Wildlife Fund (WWF) Canada. Originally from Ontario, Leslie studied law at Dalhousie and worked for Legal Aid before getting into politics, and was the NDP’s health critic and environment critic, and then deputy leader until 2015. She has been outspoken about issues like reducing poverty and 2SLGBTQ+ rights.

Kate Macdonald
Macdonald is a young African Nova Scotian activist who works closely with community organizations like The Youth Project and iMOVe. She’s the founder of The Magic Project, Game Changers 902, was ambassador for Halifax Pride 2020, and currently works with South House in Halifax as an outreach coordinator.

Fuller is the former senior marine conservation coordinator at the Ecology Action Centre in Halifax and now works with the Deep Sea Conservation Commission and Oceans North to shape ocean conservation policy like the new Canadian Fisheries Act. She has a PhD from Dalhousie.

Waldron is an associate professor of nursing at Dalhousie, as well as the co-chair of Dalhousie’s Black faculty and staff caucus. Originally from Montreal, Waldron has been deeply involved in Nova Scotia, studying environmental racism, mental health of African Nova Scotian women, and more. Her 2018 book There’s Something in The Water was made into a film that's now on Netflix, which she also co-produced.

Amy Siciliano
Siciliano has been Halifax’s public safety advisor since 2018, moving here from Thunder Bay where she worked as a researcher for the Anti-Racism & Respect Advisory Committee. She has a master’s in public policy from Concordia, and a PhD in urban geography from U of T, and also teaches in the department of Geography and Environmental Studies at Saint Mary’s University.

Shannon Miedema
As HRM’s program manager of energy and environment, Miedema is leading the way on HalifACT 2020, the plan to change the city for the better environment-wise. She’s got an education from Queen’s and Dalhousie, 10 years experience handling a rapidly expanding and urgently calling portfolio for the largest city in the Maritimes, and has taught city councillors a thing or two about the environment.

A Liberal MP who works in Ottawa from the riding of Cumberland-Colchester, Zann was formerly NDP but crossed the floor in 2019. Earlier this year she took a stance on environmental racism by introducing Bill 111, the Environmental Racism Protection Act.

A former teacher, Casey was a PC MLA at the provincial legislature beginning in 2006 until 2011 when she joined the Liberal party. Currently, she’s MLA for Colchester North and she serves as deputy premier as well as finance minister. Notably, Casey also was education minister amid the February 2017 teacher’s strike in Nova Scotia.

Jennifer Angel
Currently the president and CEO of Develop Nova Scotia (previously the Waterfront Development Corporation), Angel has over two decades experience working in public planning and infrastructure. She also sits on the board of United Way Halifax and previously was chair of both Discover Halifax and the Downtown Halifax Business Commission.

Chender is currently an NDP MLA for Dartmouth South, but that doesn’t mean she can’t cross the floor for that nomination ballot. She worked as a lawyer before getting into politics and was first elected in 2017.

Nova Scotian woman to serve as a Canadian Senator when she was appointed in 2016. A former social worker and educator originally from East Preston, she was also a founder of the Association of Black Social Workers. She became Dalhousie University’s first African Nova Scotian tenure-track professor in the ’90s, and was awarded the Order of Nova Scotia in 2014.

has been an outspoken defender of the arts and marginalized voices. Prior to Halifax, she was dean of Communication, Arts and Technology at Simon Fraser University and as a board member of the Squamish, BC Economic Development Advisory Council. She has a PhD from the faculty of Art, Design and the Built Environment from Ulster University in Belfast, and another PhD in art from Concordia.

Parris is CEO of the Delmore Buddy Daye Learning Institute and has over 30 years of experience in the education field. Previously, Parris worked as a consultant for the provincial Department of Justice, and served as a manager for African Nova Scotian Affairs for HRM. She has her masters degree from MSVU, where she also is an instructor.

The Liberal MLA for Fairview-Clayton Park since 2013, Arab currently has two portfolios as the minister of Internal Services and of Communications Nova Scotia. She’s originally from Halifax, working as a teacher before joining politics. She’s been involved in initiatives like Daughters of the Vote and volunteers with the IWK and Big Brothers Big Sisters as well as in the Lebanese community.

Doreen Parsons
Parsons is CEO and a founding member of the Women’s United Association, helping diverse women build careers in trades and technology. Living in Hubbards, she was general manager of HRDA Enterprises, and is currently on the board of the Nova Scotia Apprenticeship Agency, on the steering committee of the Irving Shipbuilding Centre of Excellence, is member of the Canadian Women’s Foundation Economic Development Advisory Committee, and a past member of the Nova Scotia Advisory Council on the Status of Women.

Lisa Blackburn
Halifax Regional Council’s mic-dropping deputy mayor, Lisa Blackburn has been councillor for District 14 Beaverbank for four years. The former dude-rock radio host has been one of just two women on Halifax’s council for the last four years and sits on the Halifax Public Libraries board of directors. She's known for raising her voice on issues she cares about—while leaving the faffing about to the other councillors.

Jennifer Watts
Watts was the HRM District 8 Peninsula North councillor until 2016. After leaving council she became the CEO of ISANS, the Immigrant Services Association of Nova Scotia in 2018. She has a Masters Degree in Urban Planning from Dalhousie University.

In 2018 it was announced that Thomas would become the new Chair of Dalhousie’s Board of Governors, after serving as vice chair and sitting on the board since 2011. Originally from East Preston, Thomas studied law at Dalhousie and is now a partner at Stewart McKelvey’s, specializing in business law. In April 2020, she also became the deputy minister of justice for the province of Nova Scotia.

Whalen was a Liberal MLA for Halifax-Clayton Park until 2013 and then for Clayton Park West until 2017. Originally from New York, she got her BA and MBA from Dalhousie before working as a management consultant and then getting into politics. She served as minister of finance, minister of justice and deputy premier.

Darlene Gilbert
In 2019, Gilbert was arrested for

trespassing as one of three people protesting against Alton Gas in Stewiacke. The Mi’kmaq grandmother is a lifelong water protector and land rights advocate who once told off Trudeau at a campaign rally, and has spoken out about the epidemic of MMIW and how residential schools impacted her family.

Karen Oldfield
Oldfield was the president and CEO of Halifax Port Authority for 17 years, departing last year. When she began the job in 2002

, she was named by the Globe and Mail as one of Canada’s Top 40 under 40. And she’s not new to politics as she was chief of staff for Conservative Premier John Hamm before that. She’s currently chair of the board at Saint Mary’s University and past chair of the International Women’s Forum of Canada.

A prominent advocate, as well as former HRM poet laureate, Jones is originally from Winnipeg but has made herself a fixture in Halifax focusing on issues like women’s rights, prison abolition and anti-racism. She is the founder of Black Power Hour on CKDU, has taught at universities including Dalhousie, Acadia, King's, MSVU and SMU, and was awarded the Rocky Jones Human Rights Award in 2016 for her work.

Simpson is the founder and CEO of SideDoor, an innovative booking platform for musicians. The Dartmouthian studied journalism at King’s, and arts at Queen’s before starting her own businesses. Make that two businesses, as she’s also the founder of house concert venue The Syrup Factory, which has hosted artists like Jenn Grant and In-Flight Safety. She’s also served as vice-chair of HRM’s advisory committee for arts and culture.

Another former HRM Poet Laureate on the list, Thomas is a Mi’kmaw advocate and author who published her first book last year. She’s got a master’s in social anthropology from Dalhousie and just finished a two-year stint with the NS government, returning this fall to a job as an Indigenous student services advisor at NSCC. Thomas is also credited with changing the minds of some HRM councillors on the Cornwallis statue debate.

Ellen Page
We can only dream that Page would return 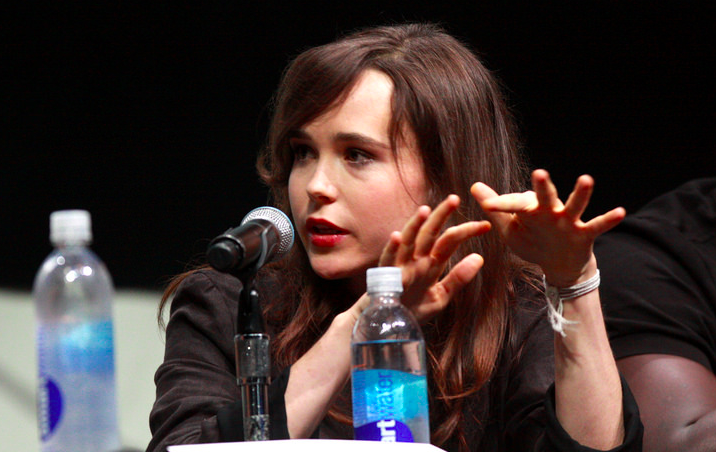 to Nova Scotia full-time to serve as Premier. The queer actress grew up in Halifax, before moving to the States to land her breakthrough role in Juno, going on to star in Hard Candy, X-Men, and Umbrella Academy. Recently, she’s become an advocate in her home province, co-directing the film There’s Something in The Water, which explores the environmental racism affecting Nova Scotia’s First Nations and Black communities. Her Twitter activity alone has spurred more political progress than many back-benchers who've served this province for years.

Editor's note: If you think this list is missing someone let us know in the comments.