What’s causing all the (concern about) right whale deaths?

New US regulations and an increase in scientific study demand the Canadian government take action to protect the endangered marine mammals. 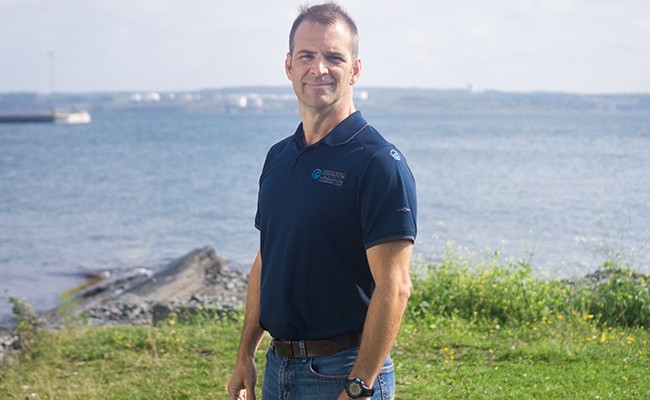 When Fisheries minister Dominic LeBlanc recently took the podium and described the "absolutely majestic sight" of witnessing 15 right whales during an aerial tour of Miscou Island off the northeast tip of New Brunswick, you had to be impressed. He shut down the lucrative snow crab industry early and committed "all the resources necessary" and "every possible measure" to save the world's 500 right whales. Ten of them were killed this year in Canadian waters due to collisions and fishing gear entanglements.

LeBlanc even cited Canada's Species At Risk Act. He neglected to mention, however, new import provisions in the United States' Marine Mammals Protection Act, added in August 2016, which ban the import of fish from fisheries that don't match American standards for protecting whales and dolphins.

In other words, if Canada's fish isn't proven sustainable, it can't export to the crucial and massive US market.

"The Gulf of St. Lawrence snow crab fishery and the Scotian Shelf snow crab fishery are both currently being assessed for a second five-year Marine Stewarship Council certification period," says Shannon Arnold, a marine policy expert with the Ecology Action Centre. "Snow crab gear was found on some of the whales. These fisheries are worried about losing their market in the European Union...while everyone is figuring this out."

The new rules should ultimately impact all our fisheries, but with the hackles raised around right whales, snow crab and gillnet fishing could receive particular scrutiny. They've been associated with right whale entanglements. There is a lot of money at stake for Canada, but it likely wasn't Canada that the US National Oceanic and Atmospheric Administration had in mind when it initiated these provisions.

"It was southeast Asian countries like China," says Sean Brilliant, manager of marine programs at the Canadian Wildlife Federation. "But Canada exports a lot of seafood and was required to submit a report in the spring."

The report needs to show that each of our fisheries demonstrates means of mitigating bycatch—unintentional mortalities for marine mammals. Given that 10 of the recent 13 right whale deaths occurred in our waters, and that these mortalities—along with its own new import provisions—spurred NOAA into launching an international investigation, demonstrating sustainable fisheries will be a tall task for Canada. And there's big money on the line (pun noted, but unintended). You can see why minister LeBlanc is so impassioned.

Megan Leslie, former Halifax MP and a senior advisor vice president oceans for the World Wildlife Foundation Fund, says that whatever is causing the apparent increase in right whale traffic in the Gulf of St. Lawrence, there is a straightforward problem to be dealt with.

"Whether it's ship strikes–blunt force trauma was determined by at least one necropsy–or entanglement in fishing gear–one whale was tangled for two weeks before it died–it's human activity."

Brilliant welcomes the investigation because there is much we still don't know. Scientists have a lot of data on right whales in the Bay of Fundy, but the current focus is on the Gulf of St. Lawrence.

"A lot of people are saying now the whales are in the Gulf of St. Lawrence," he says, "but it's the scientists who have changed distribution. We haven't surveyed there before. Till now it's only been shore-based observation."

So it's possible that right whales living and dying in the Gulf of St. Lawrence isn't new, only our awareness of it is.

"On the other hand," Brilliant says, "the fishermen say they haven't seen this extent of right whales there before. We also know that right whales left the Bay of Fundy 12 or 15 years ago; this could be part of a regular cycle."

Regardless of the underlying cause, Brilliant says incomplete knowledge is not a reason for inaction and he hopes the new provisions of the Marine Mammals Protection Act, and NOAA's investigation into right whale mortalities, prompts preventative action from the Canadian government.

"They've done nothing even though it's been a known problem for 10 years. To be fair, it's a different government now with a different philosophy, and they took the new [US] regulations seriously."

The Canadian Wildlife Federation wants key fishing areas, well-studied ones in and around the Bay of Fundy, including Grand Manan Bay and Roseway Bay, "temporarily omitted" during July, August and September, when whale traffic is high.

"This would reduce risk"—of fatal encounters with fishing boats and gear—"by almost a third, which would have a substantial conservation benefit for the whales," says Brilliant, who points out that our thriving lobster fisheries undergo similar summer and fall closures.

Whatever economic motivations are tangled up (pun intended this time) in Canada's renewed eagerness to save the whales, we as a nation should embrace it. "It's entirely likely that right whales will go extinct in our lifetime, on our watch," Brilliant says. "If Canada lets it happen it'll be our national shame."