What’s the best way to file your taxes? 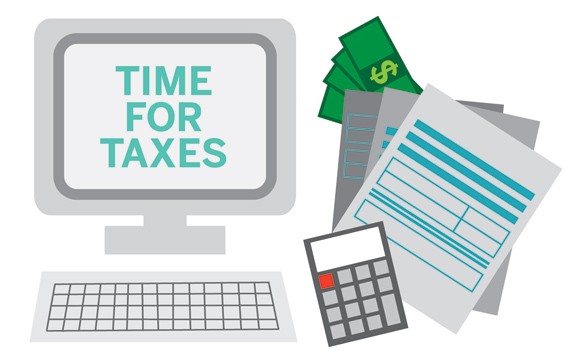 Mimi Cahill says she knew "absolutely nothing" when she first started filing taxes.

But who can blame her? "How to do taxes" usually isn't a high school course. She was only 15.

"The people I babysat for actually put it in their taxes to get a credit for me, because they were paying me so regularly," says Cahill. "But I didn't have to pay any taxes back then."

Lately, Cahill's family has used software such as UFile and TurboTax. Up until recently, though, Cahill did taxes by hand with the help of her mother, Kim.

According to Phil Young, embracing technology can make doing taxes easier. Young and his wife are now retired, but they've always done their own taxes.

"It's pretty straightforward for Karen and I," he says, "filling in the blanks as you go through the interview that the software does for you."

Young uses UFile. The program prompts people to fill out the information required, then automatically sends the information to the Canada Revenue Agency once it's finished.

Young says it usually only takes him a couple hours. Being quick and painless, there's no excuse for procrastination. Still, nobody wants to do taxes.

"We usually get it in around March," he says. "Some years, though, I may have been close to the end of the tax year."

Cahill also admits to procrastinating. These days, she studies informatics at Dalhousie and works part-time at Lawtons. Cahill hasn't filed her taxes yet because she kept neglecting to print off the documents she needed.

"I was lazy," she says. "My work right now just switched to online T4s instead, so I don't actually get a copy of it on paper."

Without her mother's encouragement, Cahill says she probably would have started going to an accountant right away.

"I think the way people are raised in their taxes, they'll continue," says Cahill. "I think once you start doing it [yourself], you won't want to spend the money."

For now, it just isn't worth it to hire someone else.

"There was really no need to start paying someone $70," she says, "especially if I'm only getting $50 back, which is what I usually average."

Deborah Sherren is willing to dish out the money for an accountant, though. Paying a fee and driving to her accountant's office is well worth what she gets in return.

"I know it's triple-checked," says the self-employed advisor with Sun Life Financial. Working for herself can make doing taxes tougher, she says. Not to mention, she has to do it more often—every three months, to be exact.

"I actually don't have to file until June," says Sherren. "But if I owe money, they'll charge me interest from the end of April."

Sherren says it's difficult to keep up with changes in tax law on her own. Her accountant regularly goes on the Canada Revenue Agency's website (cra-arc.gc.ca) to look up those changes, so she doesn't have to. That's a critical tool for her, as she's seen first-hand what can happen when the CRA makes a mistake.

"At the end of [last] year, I got a report from Revenue Canada: 'These are the taxes that you paid in 2014,'" she recalls. All the self-employed Sun Life advisors had their first quarterly payment for 2015 attributed to 2014. As a result of the mix-up, there was a difference between the report Sherren received for 2014 and what the accountant went online to check.

"It looked like an over-contribution for 2014, but really it wasn't," said Sherren. "Fortunately, I let [my accountant] know that CRA had made an error and to back those taxes out."

Sherren says having someone else to help her gives her piece of mind when things get complicated.

"To do that on my own, or to trust somebody else to do it—you need an expert," she says.

In the end, how you choose to file your taxes depends on what works best for your own schedule and finances. Just don't put the decision off for too long.