What's Your Number? Maybe three out of 10, if that 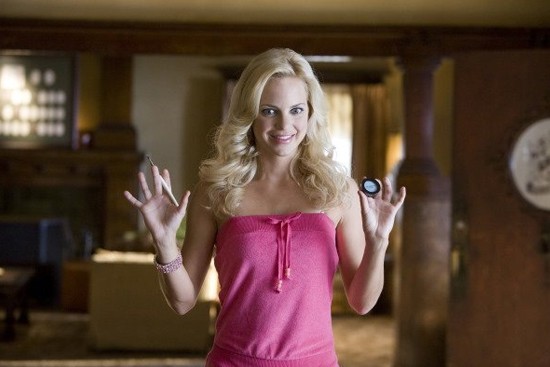 In the year of Bridesmaids, it's hard not to compare What's Your Number? to that funnier, better romantic comedy. Anna Faris (The House Bunny) stars in this lacklustre film as a promiscuous woman who sets out to revisit her past boyfriends in a search for true love. This is after a magazine suggests any woman with more than 20 lovers won't be able to land a man. Issues of "slut-shaming" aside, Number falters most from its tired writing and strained premise. Faris once again shows herself as an able physical comedian, but her character's choices never make a lick of sense. Particularly the way she bemoans finding love while ignoring the helpful, always-naked Chris Evans across the hall. With its raunchy jokes and co-ed nudity, What's Your Number? tries very hard, but rarely scores.