Inside the Dan Weir's little shop with a big personality.

WHO HE IS From the moment you step inside this espresso bar, the sound of old blues, together with the smell of freshly ground coffee, takes you to another world. "It's a small space to seek shelter," says owner Dan Weir, whose travels from his hometown of Moncton to Toronto and then Montreal were spent working in the coffee scene. "I was working in the smallest cafe," says Weir, "making good coffee and with an intimacy that meant I could really talk to folk. I took to that and decided I wanted to start a small place of my own."

WHAT HE DOES The decision to set up shop coincided with Weir's move to Halifax: "There is a strong coffee scene here, but the market is not saturated, and it's smaller and more relaxed than trying to open in a city such as Toronto." The warm atmosphere and attention to service is important to Weir. "I never want it to feel condescending. It's a small space and folk from all walks of life need to feel welcome," he says. The coffee served is from Detour Roastery in Burlington, Ontario and there is no set menu—each order is tailor-made to personal taste. "The terminology for coffee is so fluid, it's arbitrary," he says. "Folks know their own taste preferences and I work to fulfill that." 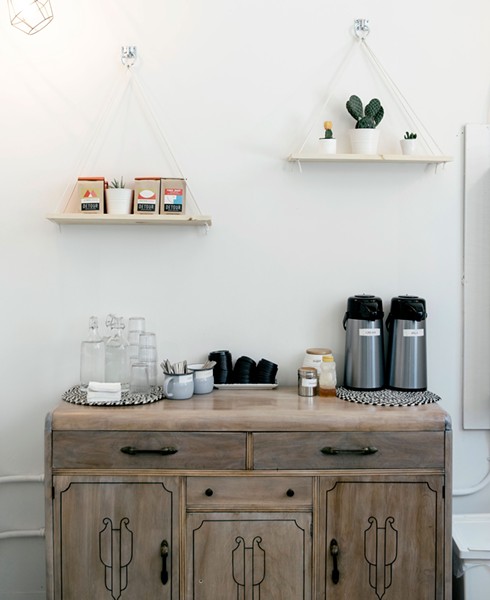 WHERE HE DOES IT The tiny 250-square foot space was part of the former Sam the Record Man and had been empty since the building was renovated a few years back. Weir found it in the summer of 2016. "It was this little hole in the wall, all bare concrete but with so much potential." Together with his partner he transformed the concrete floors and unfinished walls into a bright little space. Coffee is served in teal green cups from a wooden bar, custom from Southpaw woodworking; four wooden stools provide the seating for a window bar by relove, while two walls of windows and industrial fittings fill the space with light. "The aim was to build a fluid space," he says, "to suit the smooth running of a one-man operation, and it turned out exactly as we hoped." 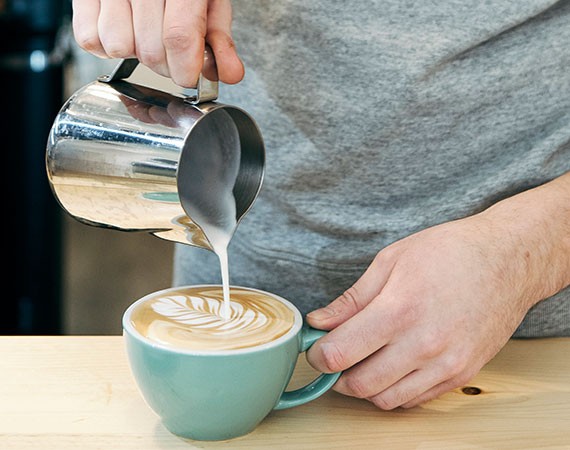 MOVING FORWARD Besides the coffee and a selection of teas, the bar currently serves baked goods from Rose and Rooster and Local Source. This selection will change seasonally. Customers can expect additional seating in the coming months and potentially Sunday hours. For now, Weir is elated by how things are going. "The support both from folk behind the scenes who helped make this happen, and from customers, has been incredible. Halifax is going through an interesting transition right now," he says. "For me to be downtown in the middle of it, that feels wonderful."