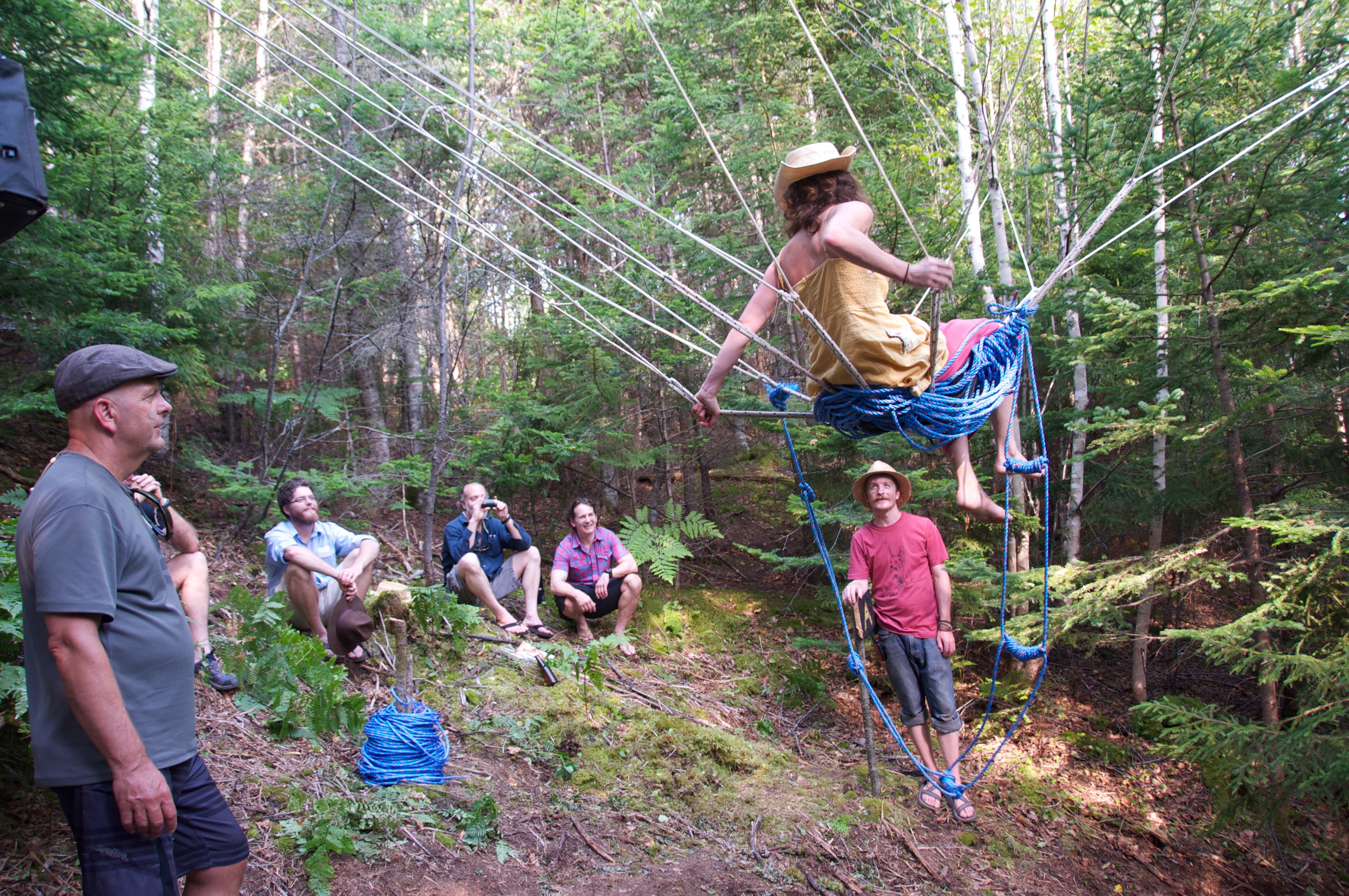 Founded by the Red Clay Studio Society in 2008, White Rabbit has “slowly and organically” grown, says festival coordinator Chris Foster from their DIY roots. Finding “momentum and fresh ideas for the project through a spirit of collaboration and experimentation with a focus on process rather than 'finished' presentations” has allowed the project to grow sustainably, with help from community funding, and the annual Black Rabbit fundraiser.

This year, 16 artists have created site specific installations, and will open their process up to interested parties this weekend, facilitating tours, discussions and critiques.

Connecting artists with an art-loving audience is something that many galleries and organizations aim for, and despite being located in the middle of Upper Economy, White Rabbit hopes for the same, albeit on a smaller scale. “The realistic limitations of this place and our budgets mean we do not currently have the capacity for large audiences, including lodging, wheelchair accessibility or mass transportation,” says Foster. Instead, the group consider “the limitation as powerful, radical and sustainable element of this project,” Foster says. “We see our small scale actions making a large impact as we develop and connect the White Rabbit community regionally, nationally and internationally, year after year, one Rabbit at a time.”

The past years have focused on starting small and growing, while staying true to their focus, which is “developing art in rural communities, sustainable living and intentional community.” The next five years have lofty goals too. “We’re excited to continue to foster several new offshoot projects including a yearly event called *The Circus of the Normal*, a week long drawing residency held in June and plans for expanding residency opportunities throughout the summer,” says Foster. “We’re also excited about a new radio project being developed for this year's Nocturne.”