Who will Save Young Avenue and what will be left of it? 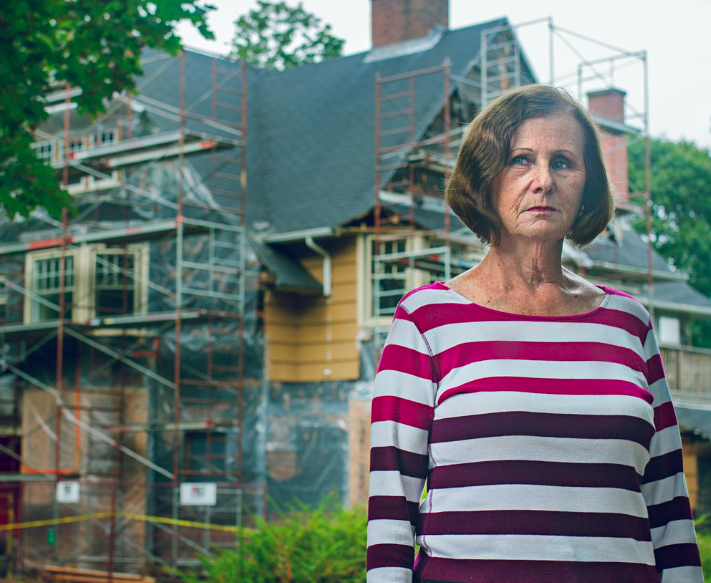 Development in Halifax has claimed another victim and outraged citizens, after city council voted against a motion to expedite heritage status for the historic Fram House on Young Avenue.

The decision comes after the Cleveland Estate, also known as the wedding cake house, was demolished earlier this year. Both houses were bought by the same developer, Steve Tsimiklis.

“Steve Tsimiklis went in there without notifying those tenants, started work on the house, and damaged the tenants’ property,” says Peggy Cunningham, a professor at Dalhousie’s school of business and member of Save Young Avenue, a citizen group that believes HRM isn’t doing enough to protect the south end neighbourhood’s unofficial heritage properties from future development.

“They can get control over the demolition permits so that there is a mandatory heritage review on properties over X age, for example,” says Cunningham. “You could declare a conservation district. You could put meaningful heritage legislation in place. Council could do those things instead of sitting there and saying ‘Woe is me.’”

Peninsula South Downtown councillor Waye Mason doesn’t agree, and says council is doing the best it can under difficult conditions.

“Some of the residents down there are very frustrated. They want me to solve the problem, and some of them think I haven’t been active enough but...we’re investigating heritage conservation districts, we’re doing land use bylaw changes, and we’re trying. I’m trying,” he says.

In April, members of Save Young Avenue attempted to stop demolition of the Cleveland Estate by trying to expedite a heritage status application. City council voted down that motion because the demolition work had already begun and there was nothing much left to save. Now all that’s left of the estate is an empty lot.

A similar story is happening with the Fram House.

“He’s trying to do as much work as he can so that it won’t be considered a heritage property,” Cunningham says about Tsimiklis. Mission accomplished. Council decided to not expedite heritage status for the property two weeks ago due to the fact that demolition work had already started by the time the vote came to city hall.

Mason believes that even if the vote had passed, it wouldn’t have made a difference. As the rules stand, if you own a house, you have the right to demolish it. While he believes more should be done to protect heritage properties, he also sees value in the rules as they are.

“Changing land rights is a long process for a reason. It’s hard to expedite taking away the rights that somebody has without an extended process. So if we had been able to snap our fingers and make the Fram House a registered heritage building before [the owners] sold it to Steve Tsimiklis, that probably would have significantly lowered the amount of money they would have got.”

The developer was out of the country and unable to be reached for comment.

Even if the application had been expedited, it probably wouldn’t have precluded the lawful demolition permit acquired by Tsimiklis, according to the city. The situation hasn’t ever come up before, and HRM’s legal team would have needed to be consulted, had the vote passed.

Futile as those efforts before council may have been, Cunningham and the Young Avenue residents she’s spoken with are still angry with the outcome.

“I can’t think of a single decision where this council has sided with the wishes of the citizens,” she says.

The Fram House is over 100 years old. It was built by renowned Canadian architect Edmund Burke, and is one of his last remaining structures in the country.