Why some of us aren't thrilled about IKEA's return to Halifax 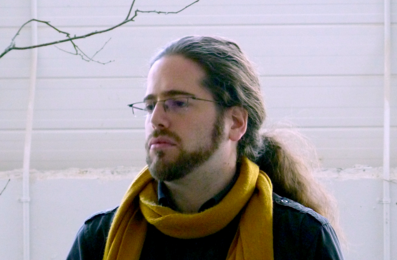 Karin Cope
Max Haiven is an assistant professor in the division of art history and critical studies at the Nova Scotia College of Art and Design, Canada. He is author of Crises of Imagination, Crises of Power (2014), The Radical Imagination (with Alex Khasnabish, 2014) and Cultures of Financialization (2014).

IKEA's arrival in Halifax promises jobs, which, in a province and city with high unemployment, is appealing. But what sort of jobs? Perhaps because of its socialistic Scandinavian roots, IKEA is a bit kinder than its retail competitors in terms of wages and working conditions. For instance, IKEA prides itself on a relatively generous parental leave policy and an enthusiasm for hiring people with disabilities. They also boast a generally positive and relaxed work environment and training and development for workers who want to move up or around in the organization. These are good things, surely. Yet the reality is that most of the jobs at IKEA are part-time, low-skill, low-paid and "precarious." Yes, IKEA's part-time, low-skill, low-paid and "precarious" jobs are a bit better than Walmart's. But that doesn't mean they're actually objectively "good" by any reasonable humane standard.

Further, IKEA has a dubious history with unions. For instance, in May 2013 an IKEA store in Richmond, BC locked out its workers precipitating a horrifically drawn-out 17-month long strike over wages and working conditions. Especially at issue was scheduling and hours for part time staff, where IKEA wanted to retain maximum "flexibility" and workers wanted some modicum of income security.

As indicated above, while IKEA may provide slightly better working conditions, benefits and compensation than its competitors, it is a company that is still fundamentally based on the exploitation of workers around the world, by the subcontractors who source the raw materials (word, plastics, metals, etc.) and who manufacture the materials into furniture and household goods. And a final word on this topic: The Canadian Centre for Policy Alternatives and the United Way have calculated that an hourly "living wage" in Nova Scotia is $20.10. If IKEA pays any of its workers less than this wage (and across the country it tends to pay most employees only slightly more than minimum wage), it is exploiting people. It's legal, it's typical of the retail sector, but it's bad for humans and unethical for a corporation that made over $5-billion CAD in profit in 2014.

It's not only employees themselves who are exploited. IKEA has built its brand and made a fortune on creating furniture that comes in slim, stackable boxes (allegedly for ecological reasons — they're more efficient to ship that way). But from one perspective what's actually happening here is the outsourcing of construction labour to the consumer. Now obviously this is no chain gang, it's actually kind of fun (until you lose one of the little metal pieces and you're left with a dangerously incomplete tower of pressboard looming over your living room). But it is part of a broader trend to offload work onto consumers. Think of automatic check-out machines in grocery stores (or, indeed, at IKEA), or of the "sharing economy" where services like AirBNB transform consumers into producers of value. Social media corporations are another good example: Facebook users do the "work" of generating the data, connections and desirability of the social media ecosystem. The company just maintains a minimal digital infrastructure and harvests the massive profits from advertising, metadata sales and, importantly, financial speculation.

This argument may seem far-fetched, but it is part of a by-now well recognized economic and sociological trend: in spite of our society being richer and more technologically advanced than ever, people are working longer, harder and for less. In fact, in an age when employers routinely observe their workers on social media and when everything from one's volunteer activity to one's Fitbit data can have an influence on one's chances of career success, work has begun to bleed into everyday life in disturbing ways. That's not all IKEA's fault, but it does contextualize their approach and their success.

Essentially, ours is an age where we have each had to imagine ourselves as an "entrepreneur," constructing a personal "brand" and hawking that product in a cutthroat and competitive labour market. In a moment when the Governor of the Bank of Canada can, without blushing, tell young Canadian workers they should expect to change careers five-six times in their lives and that they should work for free to gain job experience during economic downturns, we can begin to sense the scope of the problem. We have set ourselves up for a life of constant movement, mobility and uncertainty.

And in a way, this is what has led to IKEA's success. It appeals to those of us who can't stay rooted, who end up moving for work or school (retraining) often, who need cheap, disposable furniture to furnish a cheapened, disposable life. IKEA's focus on design and modularity is almost too perfect: you are welcome to (indeed, you must) furnish your home with you own unique style and aesthetic, but you may only do so with the prefabricated and highly limited options available to you in the IKEA catalogue. Do you, like millions of others, yearn for the damp streets of Amsterdam pictured in this poster, or for the sun-dappled forest of that one? Do you feel your soul reflected in the nostalgic "hand-crafted" faux-elegance of this bed frame, or the sleek modernist efficiency of that one? Either way, they're made of the same sawdust and glue.

This is an excerpt from a longer blog post, published with the permission of the author. Click here to read the full article.