Wilding out with Mike O’Neill 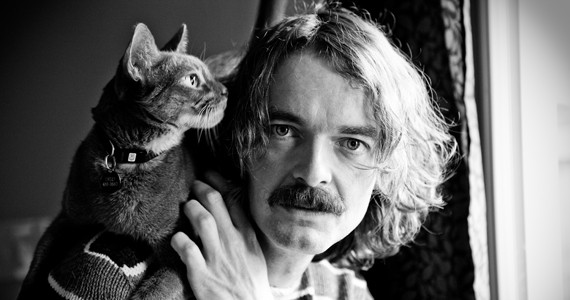 The Halifax musician finally found time in his busy career doing sound for film and television to complete a new solo album, his first in eight years. And Wild Lines is a stunner: the sort of inviting, catchy pop record that Big Star would have made had Alex Chilton grown up as a '90s indie-rock kid.

But O'Neill is also booked to play a one-off gig in Toronto in March with his former bandmate Dave Ullrich---the first Inbreds performance since their Halifax Pop Explosion reunion show in 2008.

Discussing his plans over coffee at the Ardmore Tea Room, O'Neill is visibly excited to play with his old friend again, though he admits he feels increasingly distant from the songs.

"The Inbreds for me---it's a band that doesn't write songs anymore and is frozen [with me] as a 22- to 28-year-old," he says. "So when I sing those songs...I think they're great great melodies, and I love what they did for me in terms of making me express large arrangements through the limitations of bass and drums. But, especially with the lyrics, those songs don't really express where I'm at today."

O'Neill agreed to do the show, in part, because it will enable him to perform a short tour in southern Ontario for his new album. He explains that he was "at the lowest point in my reluctance to promote myself" with his last record, 2004's The Owl, and regrets never giving it the push it deserved.

That he's making time for Wild Lines says something about his passion for the album, especially considering that his busy career was a big reason for the lengthy gap between records. Among his accomplishments: he travelled the world recording sound for one Food Network show (Chef Abroad); won a Gemini for composing the music for another (French Food at Home);and co-wrote a feature film with friend Mike Clattenburg (The Guys Who Move Furniture).

"I take music very seriously, but at some point, I made the decision that I wouldn't make music my living---it was going to be something that I'd do when I got to it. And that's exactly what happened."

The other reason Wild Lines took so long might be O'Neill's commitment to quality. Over the course of our conversation, it's clear that he thinks a lot about recording music and sound. We discuss his favourite sounding records, his process of gathering the album's "found sounds" during his television work, and how he goes about finding the sweet spot for a room---a big reason why Wild Lines is so consistent despite being recorded piecemeal over four years.

He's also already thinking about how the next album will sound: rawer and leaner, a turn from the lushness of Wild Lines. "I feel like making records is like being a swimmer---you swim in one direction, then you push off the wall in the other direction. So I'm pushing off the wall of Wild Lines."

As O'Neill talks about the future, though, the conversation returns to the past. There's a reason why the Toronto gig will be a moneymaker: there's still a lot of love out there for The Inbreds. As we talk about the ins and outs of reunion gigs, it's obvious O'Neill shares that love---and that he's trying to strike a balance between respecting it while recognizing that he's in a very different place 14 years later.

He'll test the balance Wednesday (leap day!) at The Carleton: his band is planning one set focused on his new album, and another leaning heavily on Inbreds songs.

"I've often worried about whether it's cool to do that," he says. He's rarely performed them solo. "Call it practice for the reunion show or whatever, but I love those songs, and I want to play them," he says, adding, "It seems a shame for me not to."