Soaring Wings is the site-specific art installation of an enormous bird, with rainbow wood panels for feathers, mounted on a wall. There are much littler and whackier paper birds made from recycled file folders surrounding the giant, sitting quietly on floating shelfs.

If the birds were to look up, they’d see the piece’s most mesmerizing element—a pendulum made of chained gold spheres (representing eggs), which move through precisely calculated wave formations, in and out of harmony.

The installation lives inside of the Blackwood Gallery at the Department of Education. It was a project coordinated by Arts Express, a program developed for youth and the community in Spryfield, in an effort to create new arts initiatives.

Multimedia artist William Robinson, who is a finalist for this year’s Sobey Art Award, led the project. Years later, he reflects on the experience as a meaningful part of his career.

“A creative art project that has structure isn’t necessarily defined by a textbook or a set of instructions,” he says in praise of the Arts Express program. “That kind of critical, imaginative, outside-of-the-box thinking is so essential for anyone.”

Robinson, alongside Arts Express coordinator Sabine Fels, gave birth to the concept for the project, inspired in part by a poem titled "Come to the Edge" by Christopher Lodge.


A lot of careful thought was put into Soaring Wings , which is to be expected, considering the number of people who were involved. Simply put, the large bird represents a caring, mature figure to all of the younger birds that surround it. The golden "eggs" in movement are meant to symbolize stirring creativity, and the budding potential that lies within children—things which can be cultivated with a bit of guidance.

Reflecting on the project, Fels beams with pride. She’s been facilitating projects through Arts Express for over 10 years, and Soaring Wings was one of her favourite experiences. The installation opened for Nocturne in 2012, and has been available to the public since. She remembers the installation's opening night: a time when all of the students who contributed in their separate ways saw the project as one complete work of art. "It was just beautiful," she says.

Fels emphasizes, repeatedly, her appreciation for Robinson’s involvement in the project— for his calm and patient manner, creative talent and knack for conceptual art.

Now at the pinnacle of Canada's art world as this year’s Atlantic shortlisted nominee for the Sobey Art Award, Robinson, who's also at NSCAD as an audio/visual technician, is currently working on an exhibition for the Sobey, which opens in Ottawa in October. He has an experimental documentary in the works, too. It's a piece which compares experiences of Point Pleasant Park and Africville, he says, seen through the lens of two older gentlemen who are each affiliated with their own prospective Halifax area.

The Sobey Art Award is a contemporary art prize for Canadian artists 40 and under. The annual award celebrates young artists and financially recognizes its finalists. The award presents $50,000 for the winner, and each shortlist finalist receives $10,000.

Robinson is bashful as we speak over the phone, insisting he is not one for the spotlight and that he would rather talk about the importance and benefit of creative programming in public schools. While he has made a career out of art, that's not the only way this kind of education can be used.

Creating art can be a fruitful experience for anyone, he says, whether you're an art award nominee or 16 year-old physics student. 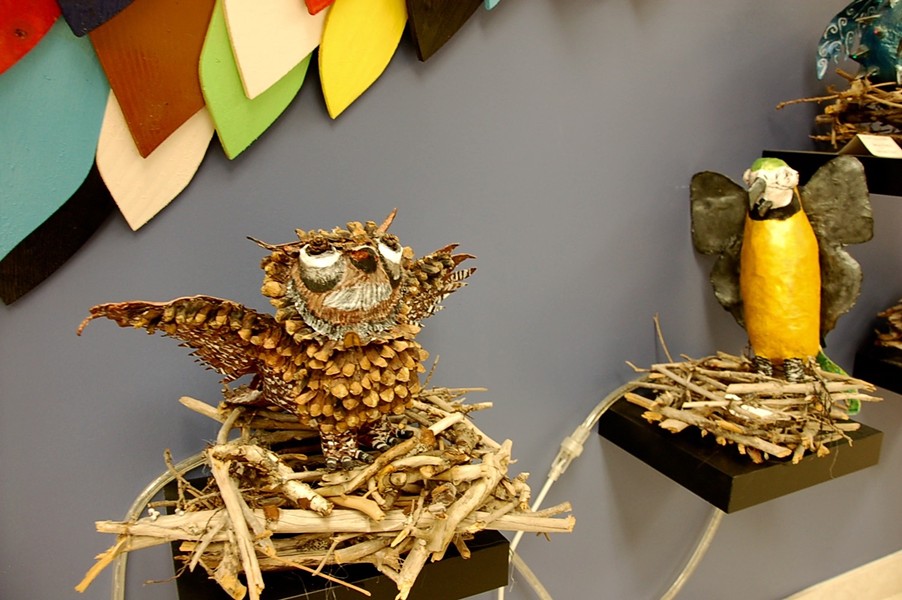