Three things you can learn at the 10th annual film and television conference. 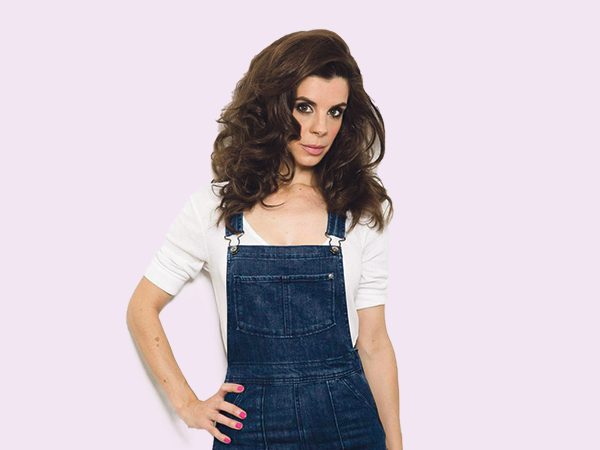 To Lynn Matheson, the best part of Women Making Waves—the conference celebrating diversity in the film-and-television industry with lectures and networking events—isn't the celebrity sightings or even the screenings. Instead, it's the energy of fellow attendees that show her the conference is meeting its goals: "You know how you hear things about how women are competitive, they don't support each other? It was so nice because we bring in other, higher people from other areas to share their knowledge with us and they're sort of like, they're fan-girling for each other and happy to see each other. There's just really, really inspirational people who are happy to share their talents and support," says the event's communications chair, speaking by phone.

As the two-day conference celebrates its 10th year, women and diverse voices are still being recognized within mainstream filmmaking. (In a year where a foreign-language film like Parasite can win the Oscar for best picture and Greta Gerwig's Little Women can be openly skipped by members of the academy, we see that we've come a long way on a road that's even longer.)

Yep, if you're a non-white-male movie-maker, making it work—whether it's getting funding or a distribution deal or the courage to start—can be a challenge. ("I'm sure you're well aware there is an imbalance in who is making movies—and particularly in crew roles," Matheson adds.)

As Matheson puts it, when it comes to Women Making Waves, "The word that comes to mind is being inspired. You can't attend this event without being inspired, because typically people don't spend their days listening to influential women talk about their great careers. And its not just people talking about their great careers—it's people talking about how they got there."

Here, we break down three of the hottest topics at this year's event.

How to create a binge-worthy show in the streaming age

Amy Cameron (Mary Kills People, Little Dog)'s Friday night WMW workshop focuses on how streaming services will continue to play a major hand in the future of what TV and movie watching looks like. In particular, the talk aims to unpack the "travel-ability" of a series—how, for example, Schitt's Creek or Anne with an E have found ravenous audience appetites outside their home markets—and how your script can, too.

How to become a better horror writer

As the horror genre expands to include the high-concept offerings of Jordan Peele (Get Out and Us) and the high-art of goosebump-givers like In Fabric and Hereditary, it's clear there's more to scary movies than Saw made audiences believe. Here, writer/story editor Nikki Saltz shares the opportunity to "elevate the quality of female villains and heroes" in the emerging haute-horror genre.

How to make the show you've always wanted to watch

In Saturday's conversation with filmmaker Jackie Torrens and Baroness Von Sketch Show creator Meredith MacNeill, shown below, (titled "Playing The Game While Changing The Game"), MacNeill breaks down how, after the industry tried to spit her out, she came back with an unlikely hit about four mid-life women that slaps so hard Indiewire, Vanity Fair and The New York Times can't get enough. Consider it fodder to write or direct the sort of series you always wished existed.