Working Up a Lather's spin city

“We’re people of different ages—people who might not otherwise have met—who have come together for a common goal." 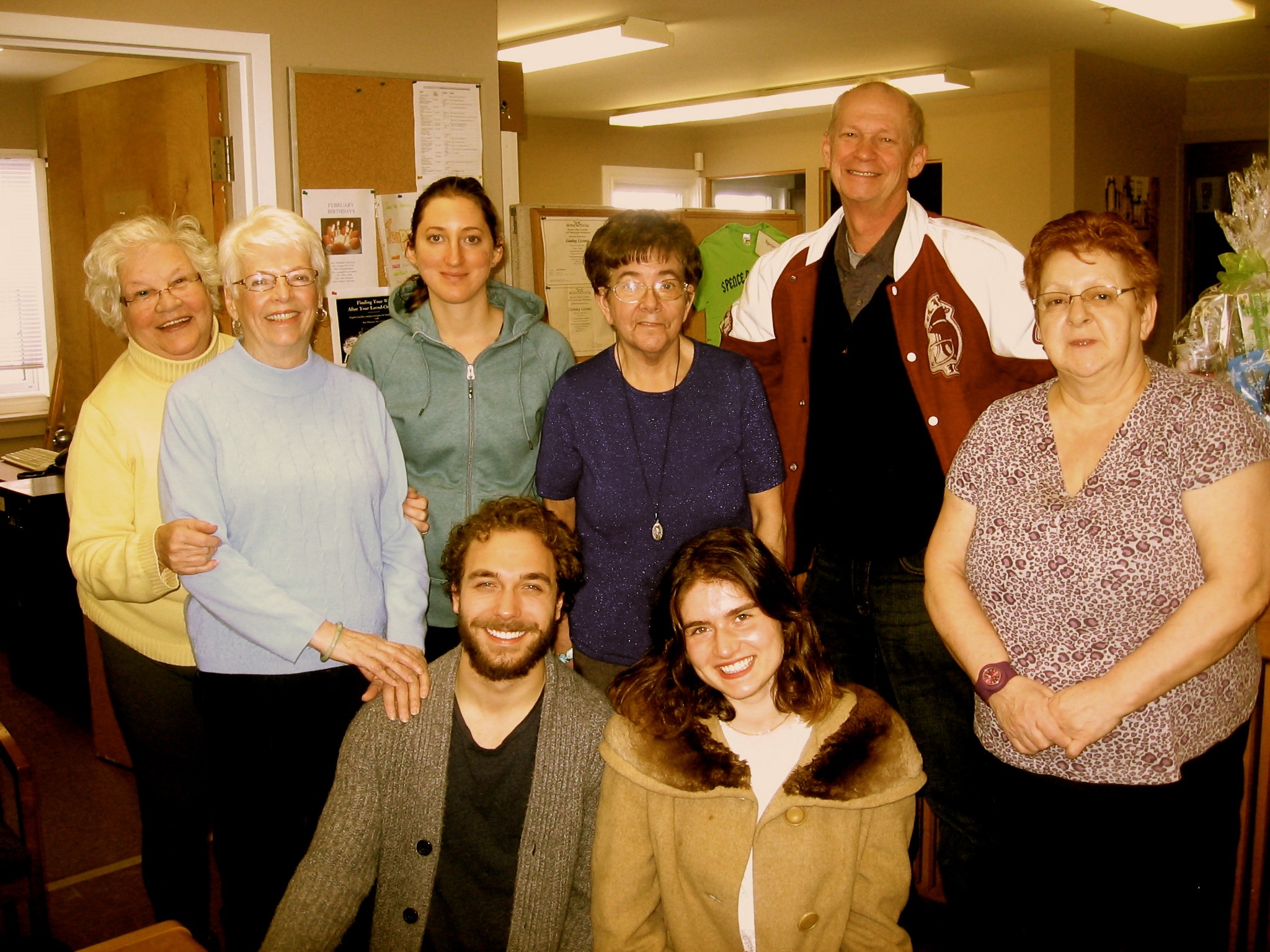 A three-course meal and a play for 15 bucks just might be the deal of the century, but patrons of Spencer House Seniors’ Centre’s ridiculously affordable dinner theatre aren’t the only ones who’ll be getting something of value from the experience.

The cast and crew of the upcoming production of Working Up a Lather are getting a unique opportunity to step outside their comfort zones, share their love of performing and, most importantly, form relationships across generations.

“It’s really a magical experience,” says Frances Platt Law, a second-year student at the University of King’s College who saw the call for actors on a bulletin board there. “We’re people of different ages—people who might not otherwise have met—who have come together for a common goal. The moments we spend laughing together are just really beautiful.”

And there’s certainly a lot of laughter shared among the six seniors and three young local actors who star in the show. Some of the laughter comes from the script itself, a send-up of daytime dramas that takes place in a laundromat. The story brings in many soap opera conventions from illicit love affairs to the whiff of a scandalous pregnancy.

Helen Pyke, who plays Lucille, a flirtatious senior with a jealous and potentially homicidal boyfriend, admits that learning lines can be trying. She and the other cast members often resort to hilarious ad-libs. “I wanted a piece where the lines feed naturally off one another, to make them easier to memorize,” says Mark DeWolf—Spencer House board member, retired teacher, director of Two Houses Dinner Theatre and Working Up a Lather‘s playwright. “Everyone’s doing a pretty good job with the memorizing. It’s just getting the lines in the right order that’s the problem right now.”

Last year’s production was done with young actors from Laing House, a peer support organization for youth with mental illness, and DeWolf says there have been lasting bonds formed between the two houses. “We have someone from last year’s cast helping out with the technical things in this play, and I have no doubt we’ll be putting on more plays with Laing House.”

The rehearsal process has been taking up at least two hours twice a week, but both the young and older cast members say it’s been worth it. “I was happy to be here since day one,” says King’s student Shane Winter. “I’ve been inspired by the energy and enthusiasm of everyone involved.”

Anne Elliott-Tomlinson, a long-time member of Spencer House, says the feeling is mutual. “Acting with these young people makes you feel younger. And in a way, they are someone we can look up to.”

Working Up a Lather runs at 12pm and 6pm on March 7. Tickets are $12 for members and $15 for non-members, and can be purchased at Spencer House, 5596 Morris Street.