X-rays could offer answers to the Bayers Lake mystery walls

$5,000 grant to archeology society may find some clues to unidentified structure's origins. 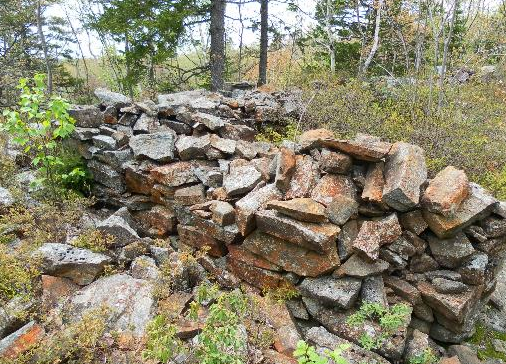 A fancy bit of archeological tech could finally find some answers about where the Bayers Lake mystery walls came from.

On Thursday the Community Planning and Economic Development standing committee approved a motion recommending city council award a one-time $5,475 grant to the Nova Scotia Archeology Society to try and figure out some clues about the inexplicable structure’s origins.

The grant will be used to rent an “X-Ray Flourescence” (pXRF) system in order to analyze soil chemistry in and around the site, located behind the intersection of Highways 102 and 103.

“The mystery walls of Bayers Lake, are just that; a mystery. Educated guesses say they were likely built during the early settlement of Halifax, in the late 1700s or early 1800s,” reads HalifaxTrails.ca (as quoted in Thursday’s staff report). “The most likely theories are that they were either used as a defensive structure for the back end of Halifax, a military supply depot or as a training ground for the siege of Fortress Louisbourg.”

While the site was known to some locals of the area, the mystery walls only gained attention from the rest of Halifax when land surveys for the Bayers Lake Business Park in the '90s brought concerns for their preservation.

The mystery walls consist of a small five-sided structure, a three-foot high wall that winds along for around 200 metres and a stone staircase. No one knows who built them, how old they are or what they were originally used for—which has naturally caused a great amount of speculation since their modern discovery. NightTime podcast recently did a deep dive on the subject.

The municipality conducted an archeological assessment of the area in 2010, and the Province has helped HRM protect the site while it tries to figure out where the hell these things came from.

“There’s next to no information about this,” Parks and Recreation manager Denise Schofield told the committee Thursday. “To actually try and find some historical value and determine what if anything should go forward on this, it’s more an education process.”

The pXRF analysis is a largely exploratory and non-destructive process, writes the NS Archeology Society. It doesn’t require any site disturbance other than the temporary removal of some sod while the X-rays are beamed down into the soil. According to the NSAS, it would be the first time the technology has been used in Nova Scotia for archeological research.

Saint Mary’s University is also donating an additional $2,000 towards the project's gear rental. Pending council's rubber stamp of approval, the work will be carried out by NSAS volunteers and SMU archeology students this fall.

Any findings will be the property of HRM, and made available to staff, the media and the public likely within six months of the research.