Opera NS and Zuppa Circus bring a modernized King Arthur to the stage. 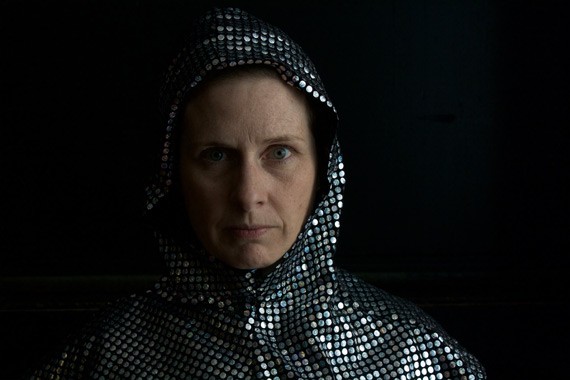 When Henry Purcell wrote his semi-opera King Arthur in the 17th century, there's no way he could've imagined a production like Opera Nova Scotia's. "Modern technology is sharing the stage with this operatic entertainment," explains Walter Kemp, Opera NS's artistic director. "We chose to do this great piece filled with lovely music, but we wanted to modernize it."

With the view to widening its appeal to a whole new audience, ONS reached out to Zuppa Theatre Co. to infuse the ancient script with some 21st century stagecraft and humour. The story, which is focused on mythical creatures and epic battles rather than the familiar Camelot tales, is told by a 16-person vocal ensemble and five actors. And in the case of this production, it's told through video and puppetry, as well.

"There's a video element that combines puppetry and live editing," says Zuppa's co-artistic director Susan Leblanc. "It's really kind of amazing." The puppetry takes place in a toy theatre and the action, played out by figures such as Barbies and Troll dolls, is projected onto a large screen.

Leblanc, who is also playing the earthy spirit Grimbald, describes King Arthur as opera that's accessible to teenagers as well as older audiences. "The lyrics are in English, and they're repeated so it's easy to understand what's going on." Plus added elements like karaoke make it just plain fun.

Kemp says the story has messages about making choices between good and evil and about people living together in harmony. But there's nothing heavy about the opera. "It's a lot like a Christmas pantomime," he says. "There are simple tunes, beautiful melodies and lots and lots of action. It's an evening of entertainment."