Yay for Mae on her ECMA 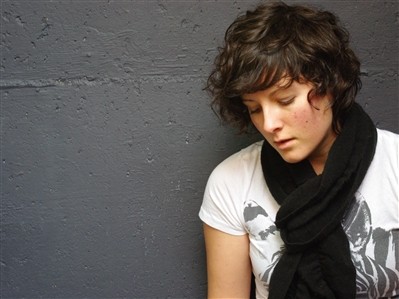 Exciting times were had at East Coast Music Week in Moncton last night. Amid the winning of awards, the spotlight fell on one of Halifax’s own.

The Trews took Rock Recording of the Year for Hope and Ruin, beating out Jenn Grant’s Honeymoon Punch, among others.

Catherine MacLellan’s Silhouette came out on top as best Folk Recording of the Year. Other nominees included Christina Martin and Ian Foster. Kim Stockwood won Traditional Solo Recording of the Year for Back to the Water. In the title track, she sings “salt water soaking back through my skin, down to my soul like it’s always been.” Traditional indeed.

Traditional Group Recording, on the other hand, went to Celtic group Rawlins Cross for Heart Head Hands. The biggest news of the night was Halifax’s blossoming star Ria Mae. Mae took Best Pop Recording for Under Your Skin. Despite having hit the ground running with a catchy single in 2011, winning an award the furthest thing from her mind. Mae showed up last minute wearing just a hoodie.

“It was kind of a blur. I couldn’t even find my way up to the stage,” said Mae, who was still in shock this morning. “What if I heard it wrong?”

Mae said she felt supported by everyone on the East Coast, but expected to have to work for it longer. The win pulled the rug out from under the feet of bigger names like hip-hop artist Classified who was nominated for Handshakes and Middle Fingers.

The fun’s not over yet—more awards will be presented tonight and Saturday, April 13 and 14.